St. Lawrence Church of the Repentance Canons Monastery ensemble in a small Videniškiai town is a significant architectural building which is worth visiting by everyone who is not only interested in history, architecture and culture but who wants to find peacefulness of soul and revival in a cosy village church, where on the right side you will find a square chapel built with a huge cellar. This was the place where the representatives from a very well known Dukes Giedraičiai family were buried. This sanctuary has five altars of baroque style, preserving quite a few paintings from the 17th c. and the presbytery has two epitaphs which are there to remember the superior of the monastery I. Žepnickis and a founding patron M. M. Giedraitis.

After entering the church, it is not hard to notice signs of Giedraičiai family. For example, in the side chapel, you can see a preserved portrait of the blessed Mykolas Giedraitis. In this picture, the clergyman is depicted preparing for a prayer, peacefully crossing his hands onto his chest. This depiction speaks of the repentance canons traditions, which were cherished in their spiritual life – to constantly reflect on the suffering of Christ, to accept it, to diligently apostolate and live modestly.

Historical sources report that the church as well as the nearby monastery, which is in the same architectural ensemble, were severely damaged during the war of 1655–1661. The buildings belonging to the monastery were destroyed and later, during the reconstructions, they were rebuilt with the wooden ones. Regular repentance canons or White Augustinian monastic spiritual centre, which was very active in the 18th century, had strongly contributed so that this church would be preserved up to the present days. With their help, residential buildings of the monastery or the ones which are situated in its territory, were restored for their new life.

A majority of authentic elements of the interior were preserved up until the current days. This acquires an even greater value, knowing that in those days, the St. Lawrence church was a spiritual centre of attraction. Nowadays, the visitors are amazed by exceptionally beautiful wall paintings and the preserved collection of ecclesiastical clothes.

The forms of this monastery are unique – decor elements were avoided on the outside, so the impression of architectural modesty and moderate forms is preserved. When looking from the historical perspective, all of this seems to be understandable, as they were seeking to maintain the memorial purpose. In 1832, after closing the monastery, St. Lawrence church became a parish.

St. Lawrence church, standing in the triangular square of the town, which was already formed in the 16th century, is not only a historical monument, but also a reminder about the canons of repentance- missionaries, who were actively operating from the beginning of Christianity. 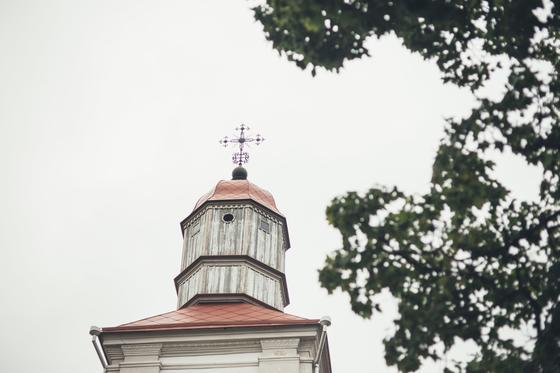 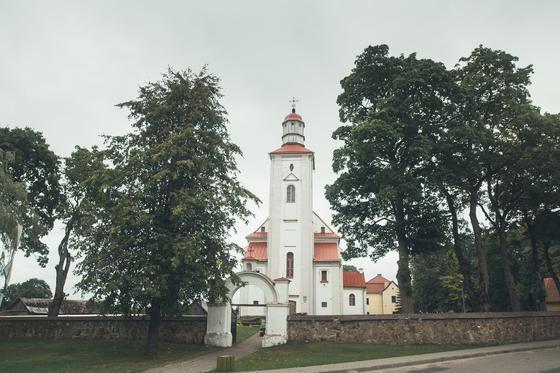 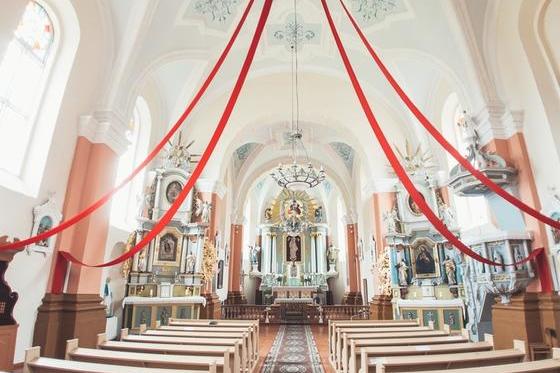 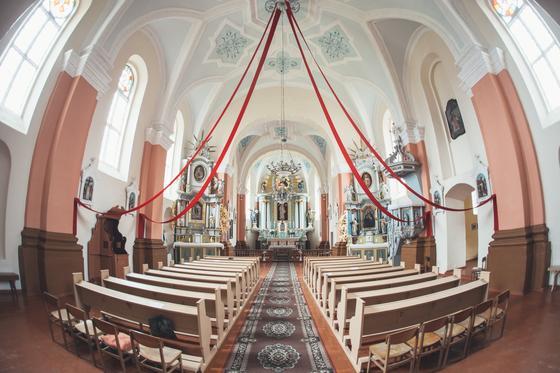 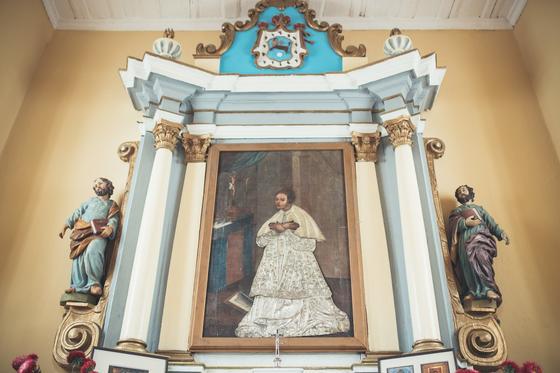 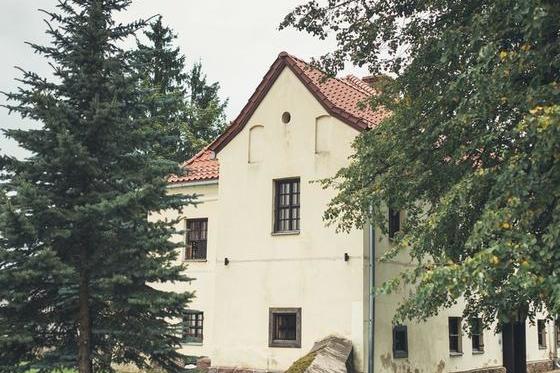 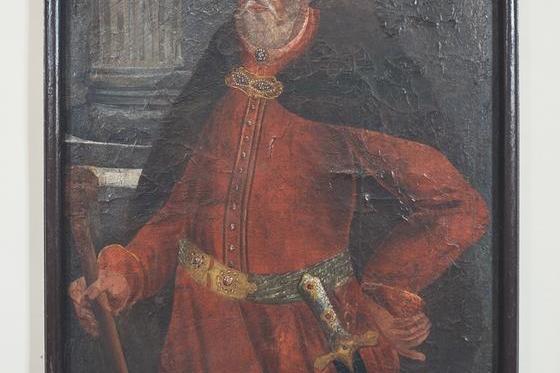 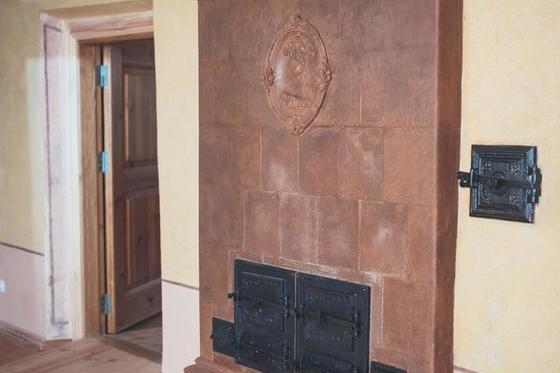 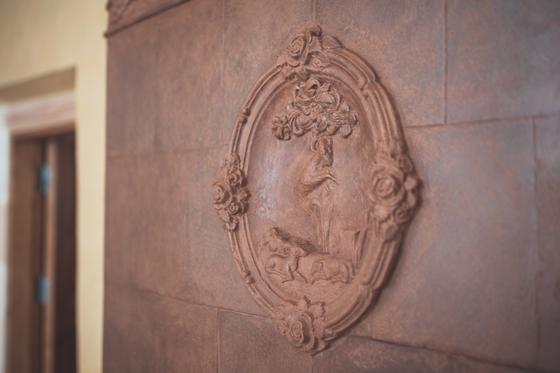 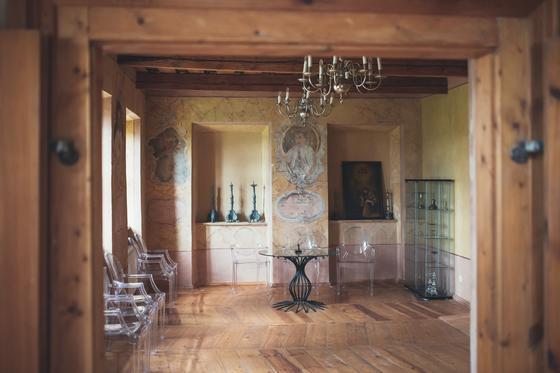 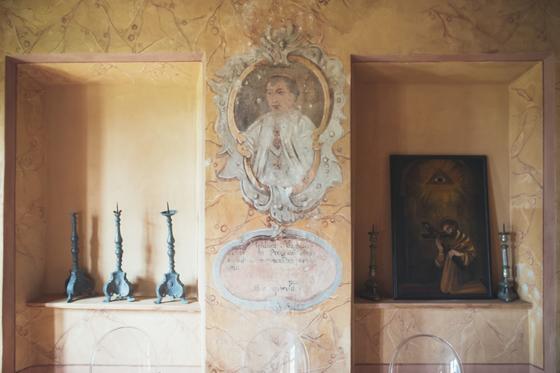 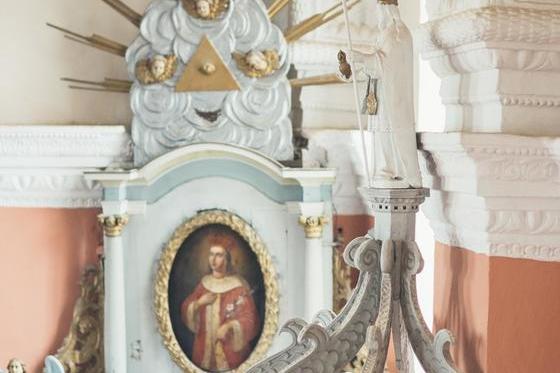