Apparition place of St. Virgin Mary and a chapel

There is a place in Zarasai district, which attracts thousands of pilgrims from Lithuania and abroad. It is the place of Apparition of St. Virgin Mary in Kvintiškės village near Ilgis Lake. This is not ordinary but a holy place with the history dating five decades back.

According to the stories, on 30 June 1967, two teenagers noticed a light on Ilgis Lake and saw a young girl of extraordinary beauty wearing white dress and a cape, who was standing on a rotten pole. The teenagers got scared and drove away. After coming home, Albina told about this incident to her mom. After some time, the girl had a dream about the same young woman. She asked, why the girl is not telling anybody about the view that she saw. As the dean of Imbradas parish Jonas Jatulis heard about this vision, he agreed that it was Virgin Mary.

The news had spread like wildfire around the neighbourhood and people started to visit that place, believing that this place is sacred. They were coming here to pray, to bring flowers or to raise a cross.

The Soviet government, which restricted religious freedom, were not pleased with it. People were not allowed to come to that place, the crosses were destroyed by Militia and people were driven by busses farther away from Holy place, so that they could not pray in this place. Only after the restoration of Lithuanian independence people could easily visit the place of apparition.

Here was built a chapel which shows the importance of this pilgrimage site. The chapel of the Apparition of St. Virgin Mary in Kvintiškės was sanctified in summer 2014 by Bishop Emeritus Jonas Kauneckas. This chapel has extraordinary form – it looks like the Pope’s Mitre.

Apparition place of St. Virgin Mary is like the Hill of Crosses, because it is full of crosses which are in various forms. It is said that the water of Ilgis Lake possesses healing properties; therefore, people take water from this lake. Every year on 30 of June in the apparition place near Ilgis Lake is an important feast to honor St. Virgin Mary. 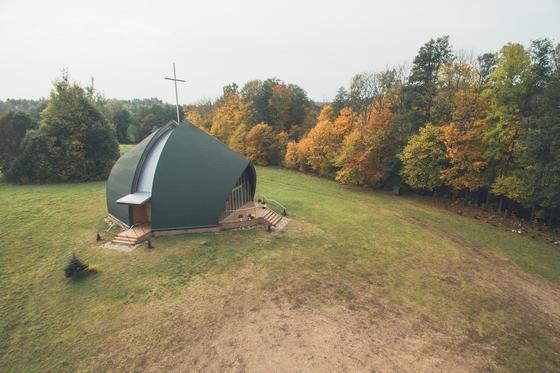 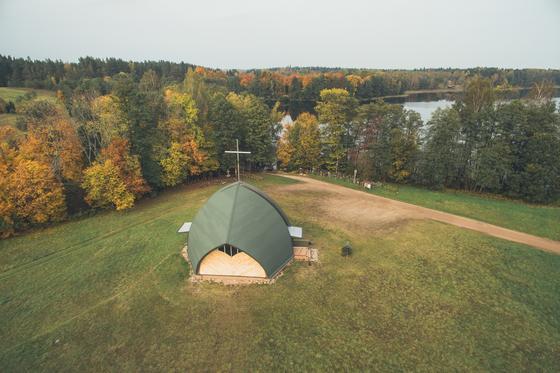 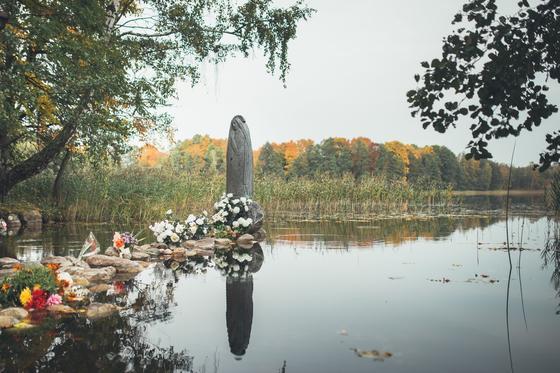 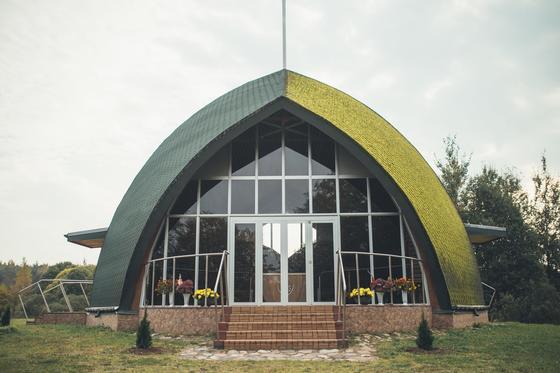 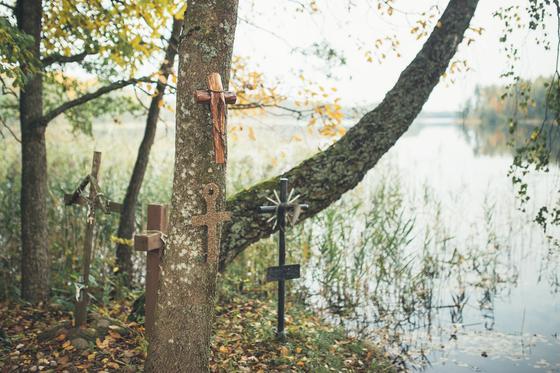 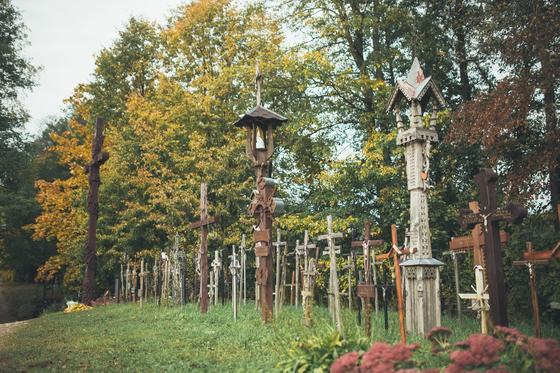 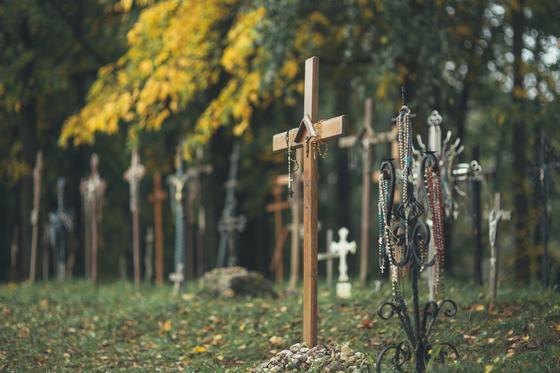 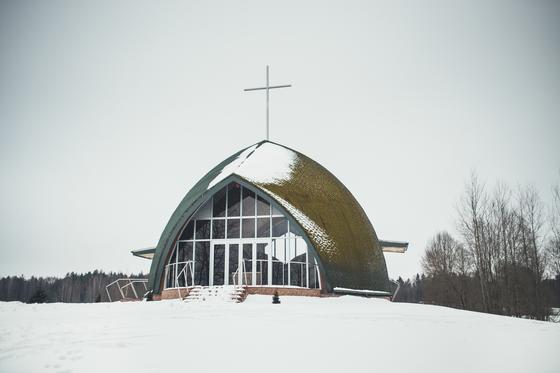 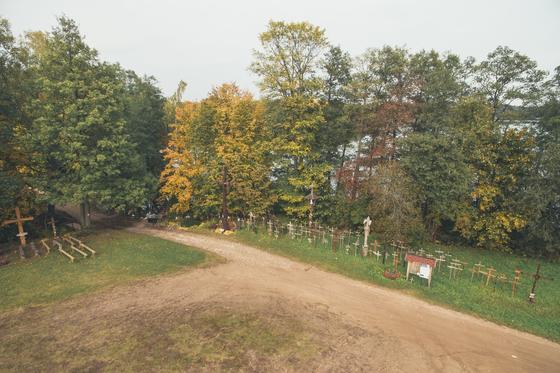 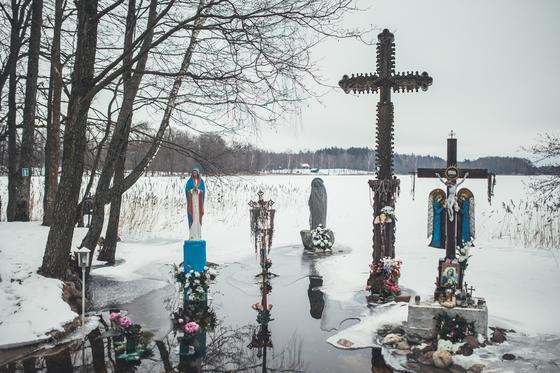 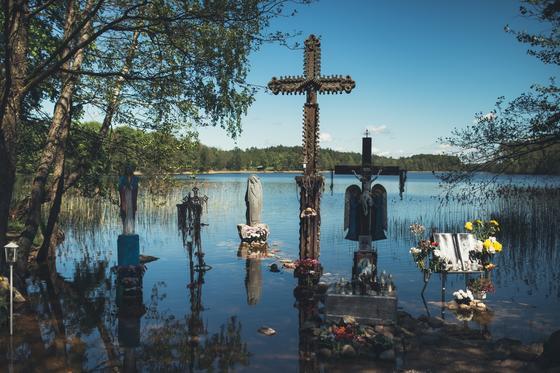 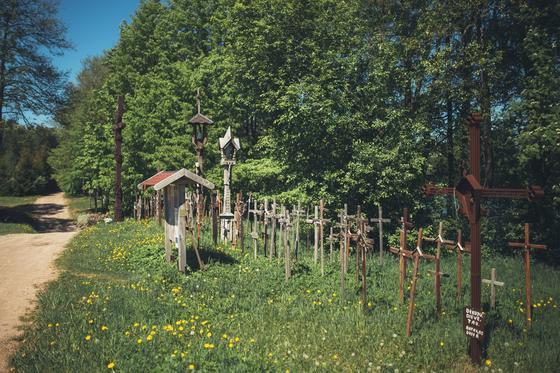