Recently, one of the leading tourist attractions in Lithuania is the Treetop Walking Path. The path is 300 meters long with the highest place reaching 21 meter. The path is made from steel and concrete structures which create a possibility for the visitors to look at the Pinewood of Anykščiai from above. While the gaze is wandering around the treetops, it seems that you look at the Šventoji River, Anykščiai and the suburbs from the bird’s eye.

When you climb up to the viewpoint, situated at the height of 35 meters, the landscape looks even more impressive – you can see a river which is peacefully flowing down below, people are walking slowly and the old forest protects them from the wind. Disabled visitors can reach the viewpoint using an elevator. Down below, you can observe the life following its usual rhythm and up above, there is an inspiring rustling at the treetops, wind blowing in the branches and the birds are chirping.

The Treetop Walking Path, which is attractive for the visitors not only during the summer, but also during colder seasons, is now protecting the second-largest boulder in Lithuania – Puntukas Stone. The legend says that long time ago people built a marvellous church in Anykščiai on a path used by devils, while the latter ones really did not like the idea, therefore, the devils had decided to destroy it. The devil found a big stone, put it over his shoulder and tried to break the church, but as he was bringing it, the first rays of dawn appeared in the east and a rooster started to crow, while the stone had fell down. The devil got startled and ran away but the stone remained laying stuck deep inside the ground.

Based on the archaeological data, the huge boulder was brought here by the glaciers from the Scandinavian mountains, which were shifting around 20-14 thousand years ago. This is granite weighing over 265 t. Its length is more than 7 m and the height is almost 6 m, of which one and a half are under the ground. There is only one larger stone in Lithuania, which is Barstyčiai Stone, discovered in 1957. Up until then Puntukas Stone was considered to be the biggest boulder in the country. It has engravings of bas-relief, representing Lituanica pilots Steponas Darius and Stasys Girėnas. The author is the sculptor Bronius Pundzius.

area around the stone is well-preserved, with walking paths and places for a short rest. Puntukas is often visited by a wide variety of people – groups of friends, families, elderly people, schoolchildren and tourists from abroad. After opening the Treetop Walking Path nearby, the Stone became even more popular. For the convenience of the visitors, they can travel up to Puntukas and the Treetop Walking Path through the picturesque paths in the Pinewood of Anykščiai in an entertaining train, which is available during tourism season. 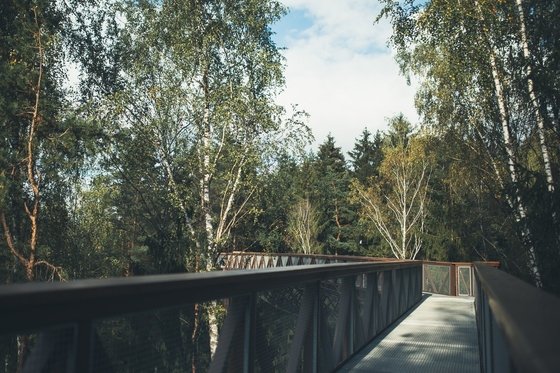 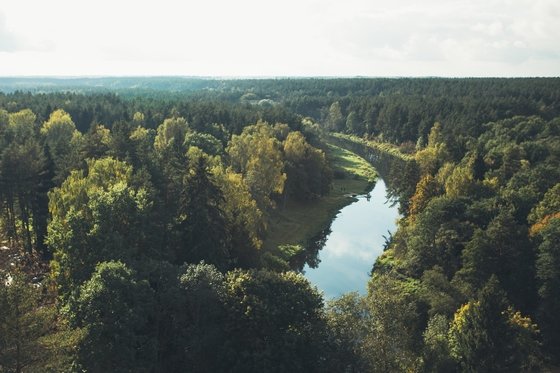 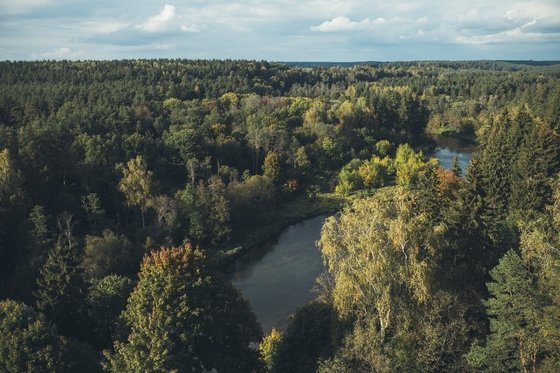 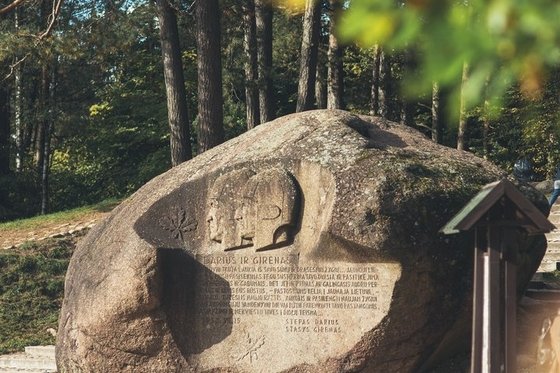 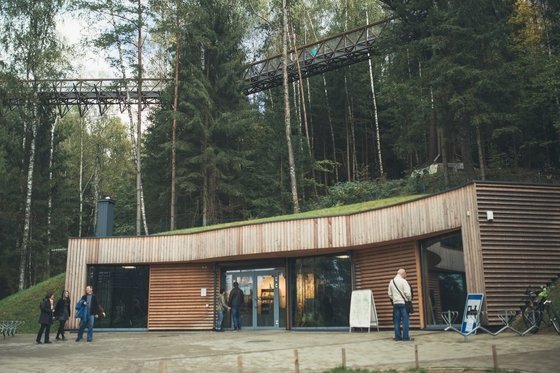 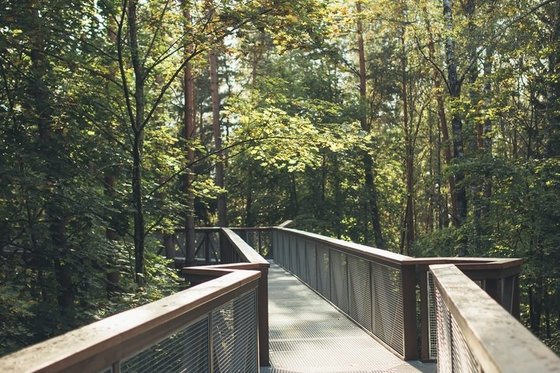 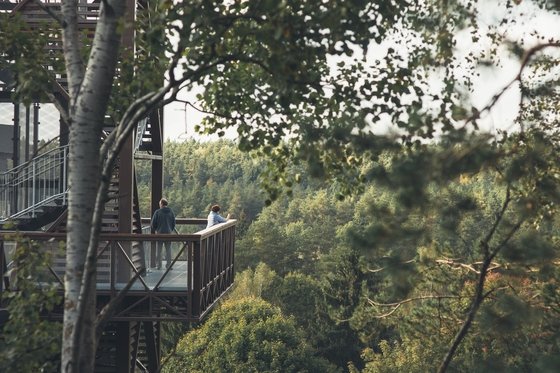 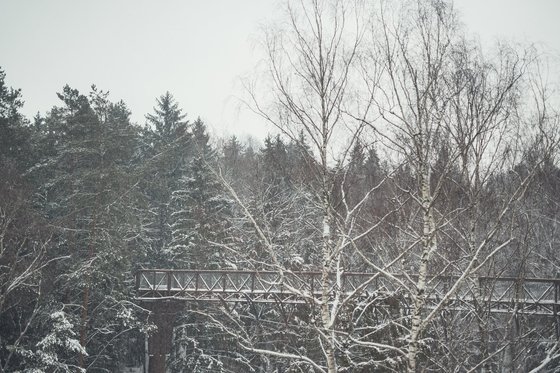 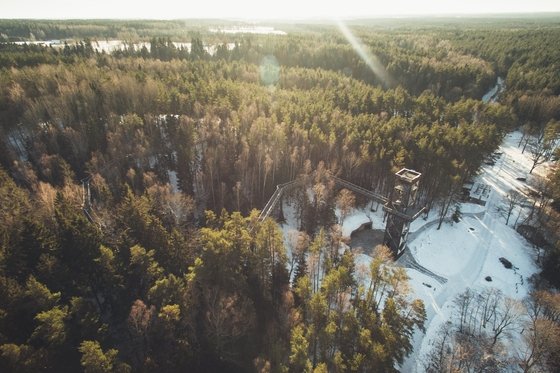 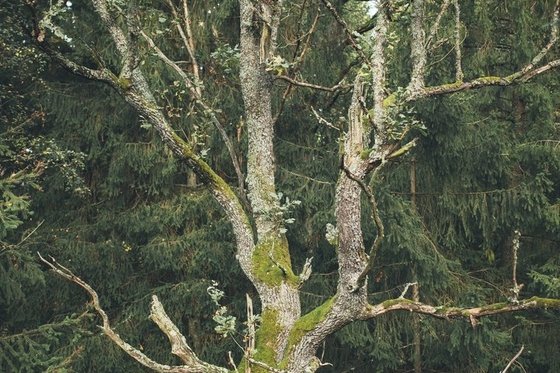 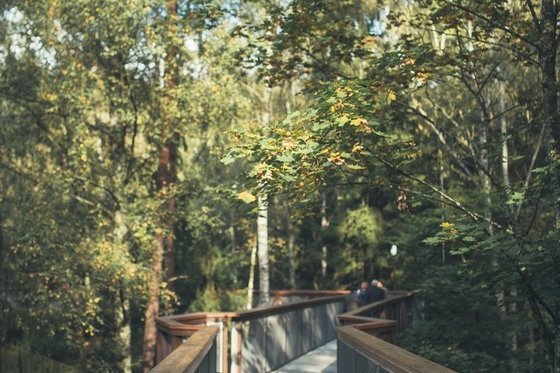 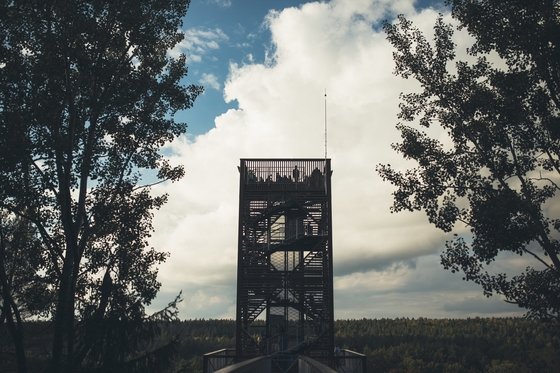 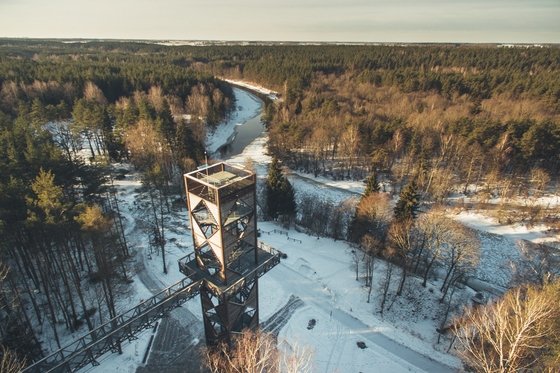 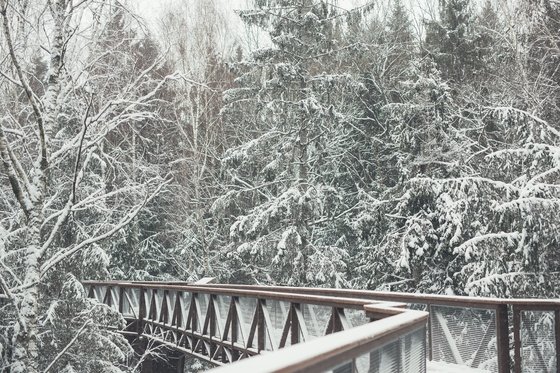 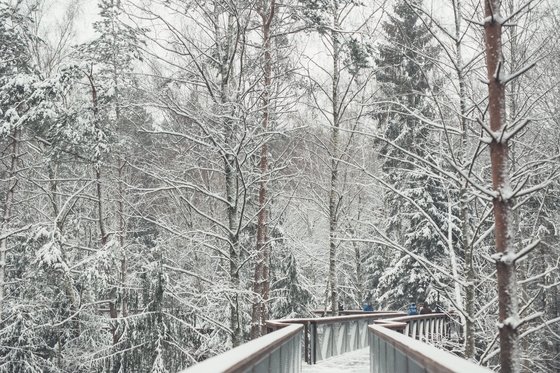 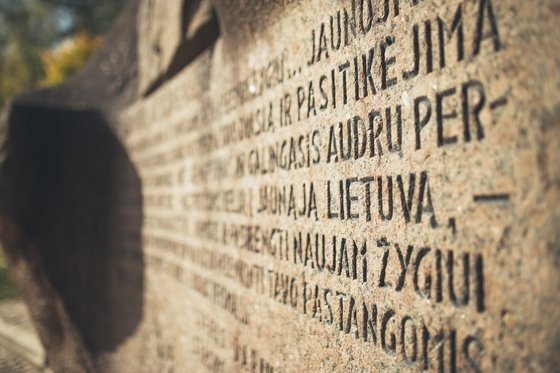 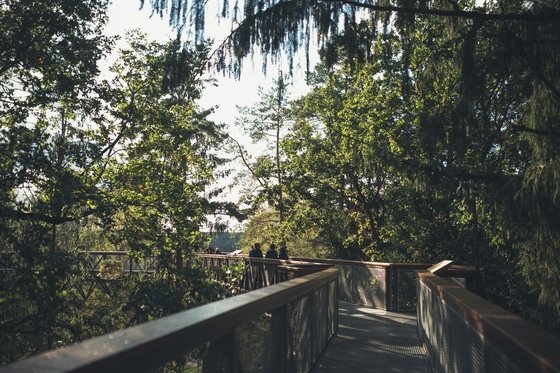 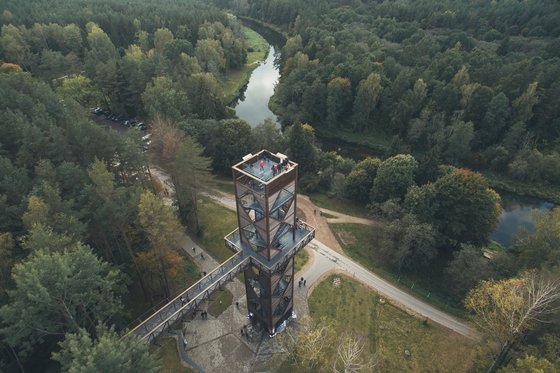 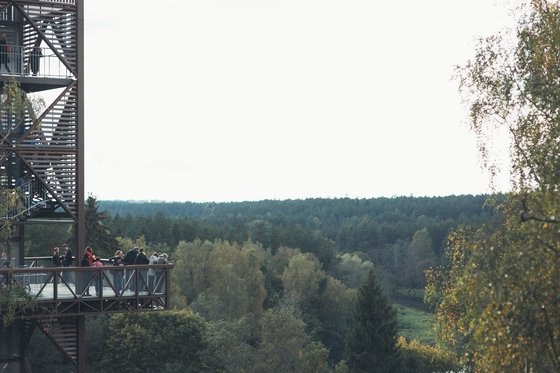 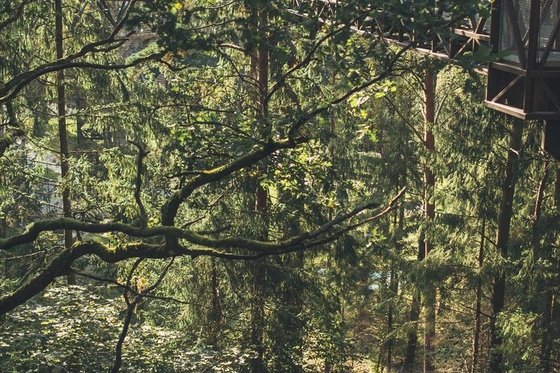 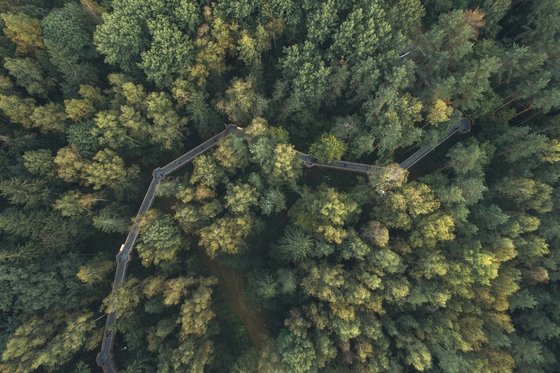 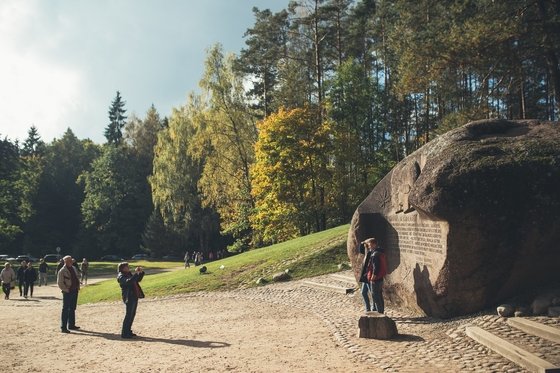 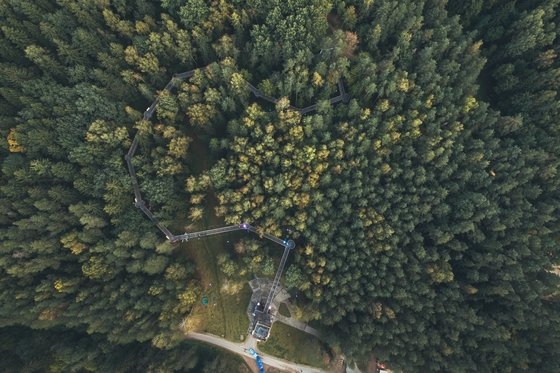 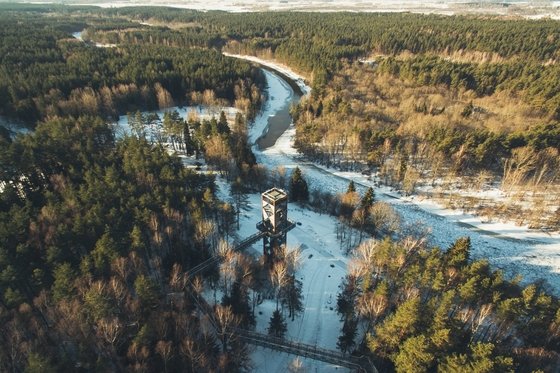 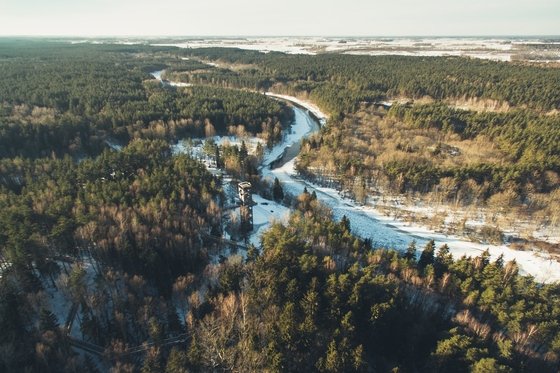 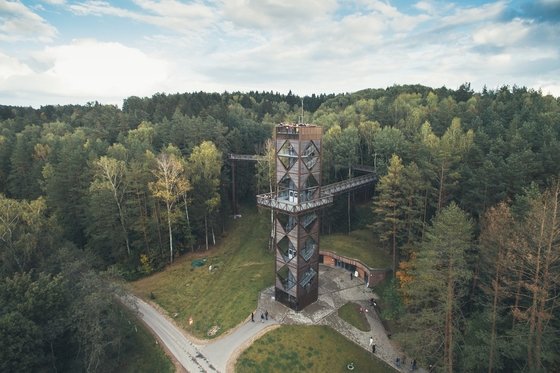 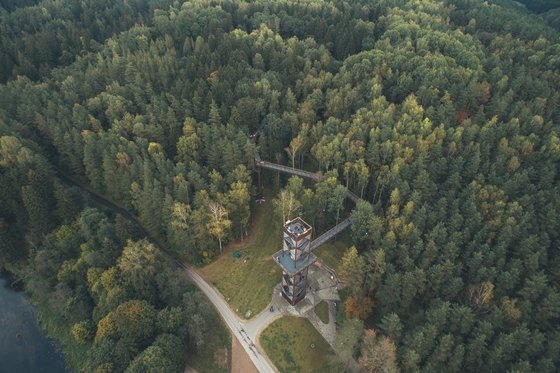