Labanoras Regional Park is the biggest regional park in Lithuania and its surroundings are exceptional by the variety of landscapes as well as especially rich flora and fauna. Therefore, the nature lovers are gathering to this place for a long time now and their numbers have grown after building an impressive tower to look around the surroundings, which is otherwise called Mindūnai Observation Tower.

You can reach the tower, exceptional by its impressive form, through a forest road with a car, where you will face the challenge of 214 steps. However, this is not a problem, as the serpentine stairs are wide, while the handrails are comfortable, so you will reach the top step by step.

In the observation lot, you will feel as if you are standing on a roof of a twelve-storey house. This is no surprise, since the Observation Tower in Labanoras Regional Park, which is 36 meters high, is one of the highest observation towers in Lithuania. Prepare yourselves for an impressive scenery – you will be able to admire a picturesque panorama of Labanoras Regional Park! From the bird’s-eye, as far as the eyes can see – a view to the watershed Siesartis Lake with islands and peninsulas, its lake side, which belongs to the Siesartis Hydrographic Reserve as well as to the Lakajos Landscape Reserve, including pits of White and Black Lakajos Lakes. Those are impressive peninsulas and islands, which are full of rare species of plants and other valuables of nature.

What could be more pleasurable than resting in the nature?!

After getting down, you will be able to rest near the White Lakajos Lake, situated right next to it, to breathe the fresh air and feel the flair of nature. In the informational board, you can get a more detailed information about the surroundings, which are full of exceptional flora and during the mushroom season, there are plenty of people picking mushrooms.

If you want to go further, you can go forward to the educational trail of Labanoras Forest or to visit Mindūnai Fishery and Hunting Museum. Take the opportunity to spend a night in this special place near the lake.

It will not be difficult to find Observation Tower of Labanoras. At the road Molėtai-Kaltanėnai-Ignalina near Mindūnai, search for a directional arrow to the location of interest and you will be only several minutes away from the Observation Tower. 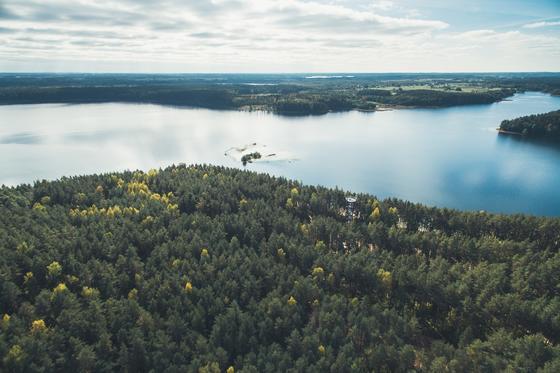 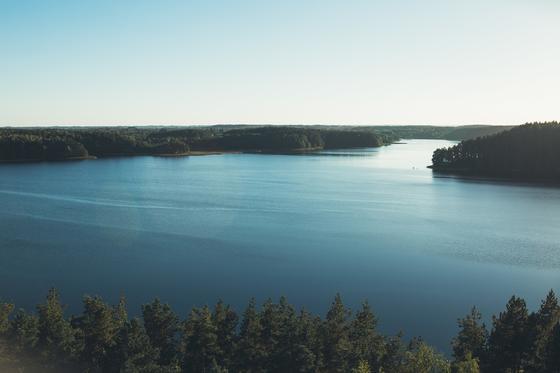 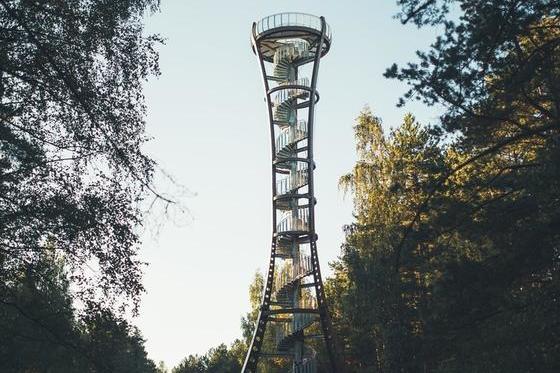 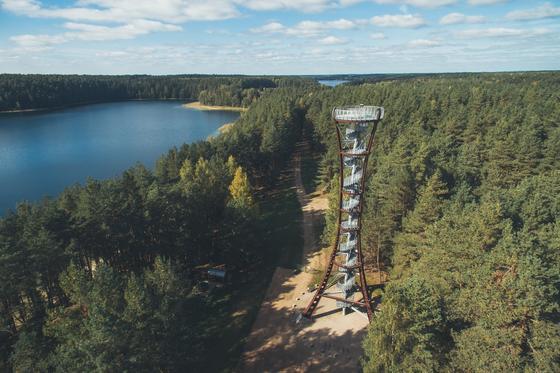 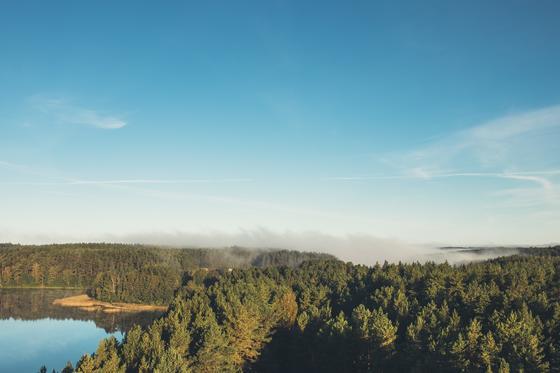 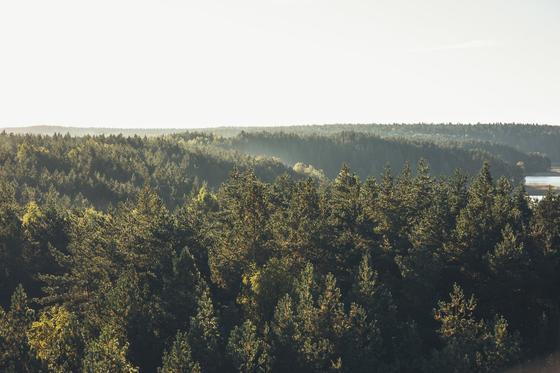 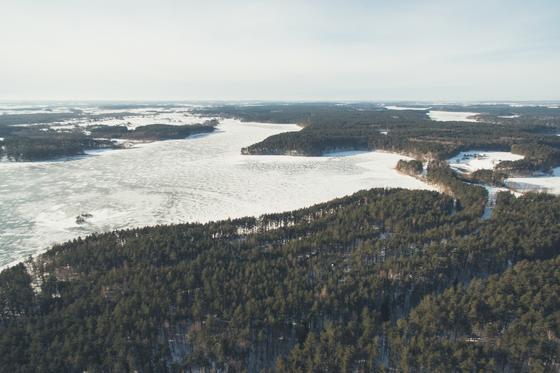 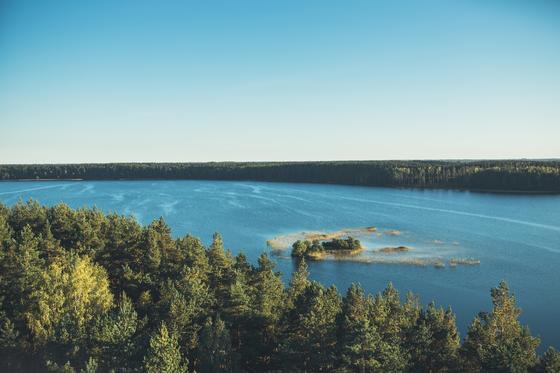 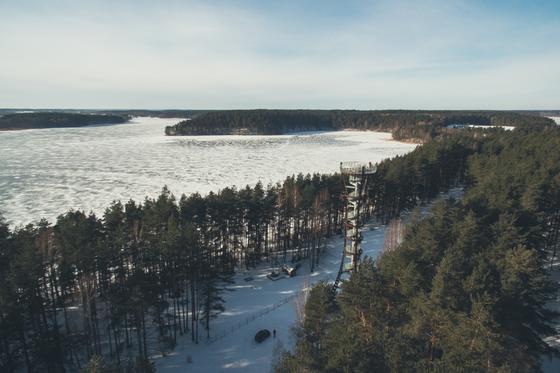 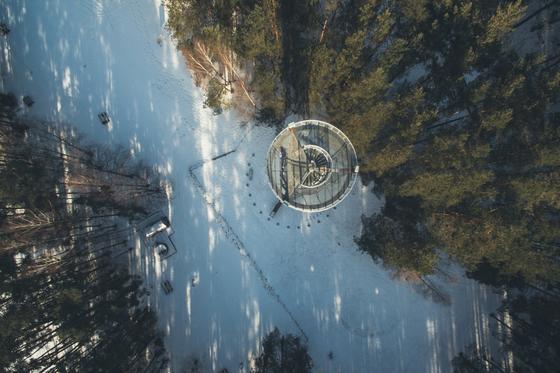 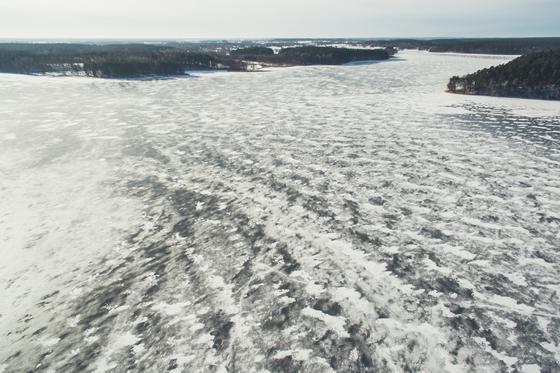 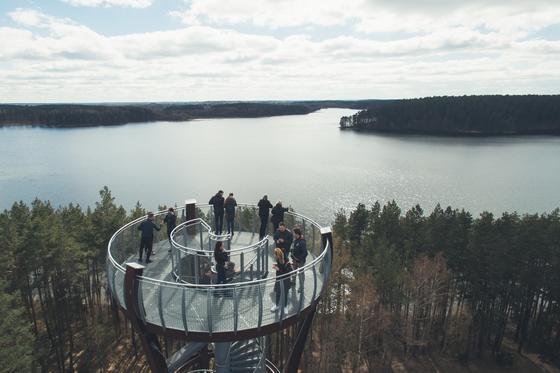