Zarasai Area Museum and public library are in Zarasai, near the famous Observation Wheel and Zarasas lake. Impressive, pillared house erected in 1931. The chairman of the building commission was the teacher and director J. Steponavičius and the architect of the school project building was J. Selenekas. The schoolhouse was in classical style with attention drawn to the central part decorated with 4 orders of columns.

Until 1935 there was a higher commercial school, later it was renamed Zarasai Kazimieras Būga state gymnasium. Over the year of independence there was not only centre of education, but and of culture as well. During the Second World War the schoolhouse was used as a German military hospital.

In 1944-1969 it was again used as a school. In 1969 Marytės Melnikaitės memorial Museum was established in this school building, it was a branch of Rokiškis ethnographic museum and now there is Zarasai area museum. The museum has 4 exhibitions halls: history (from ancient times to the middle of the 20th century), ethnographic (a peasant’s storeroom, where the furniture and textile characteristic of Zarasai area are exhibited, enlivens the space), sacral sculptures (exhibited the sculptures made by the hands of god-carvers of eastern Aukštaitija, which decorated the roof-poles, wayside-shrines, roadsides, forest edges, churchyards or cemeteries) and Gallery of paintings, which emigrant painter Mikas Šileikis presented to museum.

In the old building is not only Zarasai Area Museum but and public library. The library is established not only in an old building but also in a newly built building, which was completed in 2015. These days this public library is one of the most modern libraries in the country, so if you are not a frequenter of the library, you should visit this one. On the ground floor of a new building you will find information and exhibition space, there art and photography exhibitions are organised. Here you will take look at new books, art books and an information terminal. Also, you will find here equipped exhibition space. New building is adapted for disabled people.

The first floor is the most modern. Here is established media studio, there people can create different programs and print a poster or a banner. The Library has special equipment for viewing films, so the visitors can watch 3D movies with special glasses. Also the library offers a suitable environment for music – lovers. For small guests is there a playroom with toy books, children‘s swings, furniture and games for kids. This play space is suitable to make educational activities and to present puppet shows.

On the third floor the visitors can use scientific literature and the inquisitive tourist can observe the nature or the stars through a telescope. Who wants to learn foreign language can use literature in foreign language learning, there are also computers with headphones. The library has cosy reading room with magazines, newspapers and ebook readers. Near the reading room is Caffe club. The visitors can read newspapers and drink a cup of coffee. During the summer they can go out into the open teracce called „The Twelve Chairs“ („Dvylika kėdžių“), there are tables with chairs and the outdoor umbrellas will provide protection from sun and rain.

There‘s more behind. On the fourth floor is an obervation desk with nice views over Zarasaitis lake and unique nature.

This is the first library in the country, which is related with cultural tourism and nature. While travelling in Zarasai, you should visit this building, because it may be one of the most memorable experiences. Your tour in Zarasai you could finish comfortably sitting on the roof of the building and enjoying the view of the city and the lake. 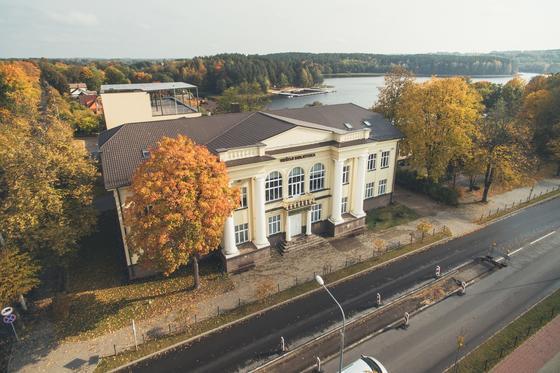 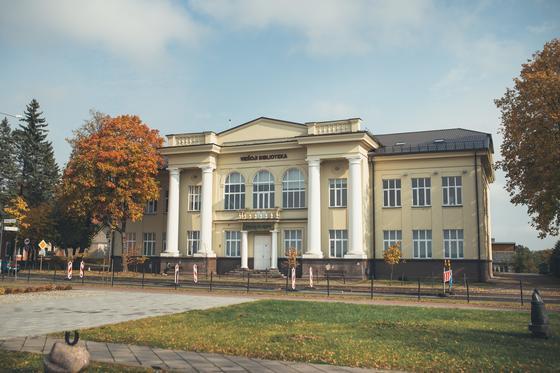 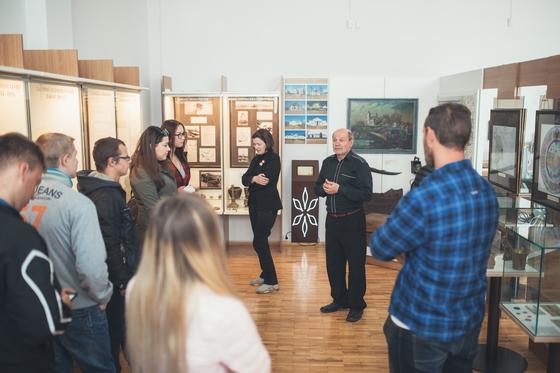 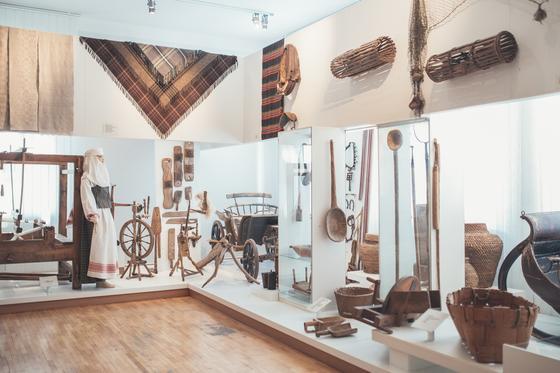 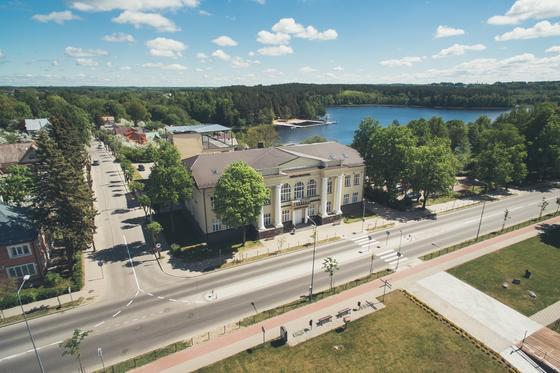 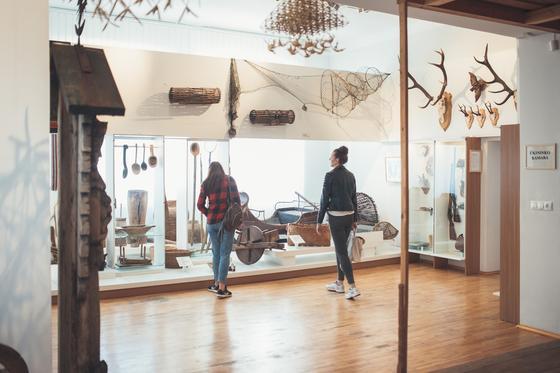 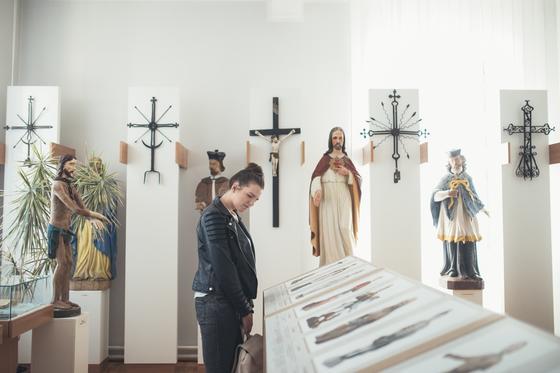 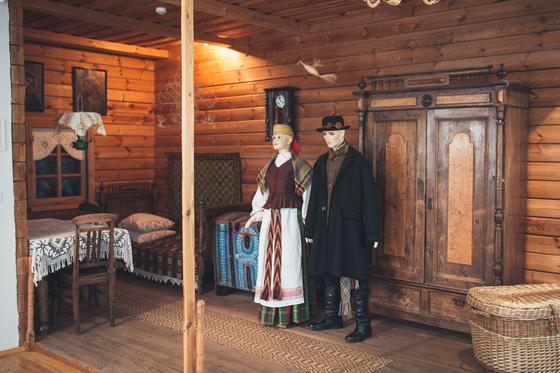 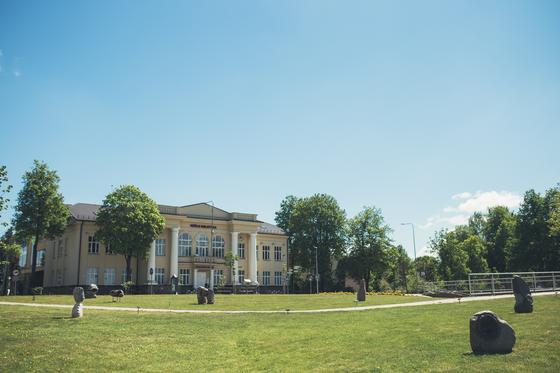 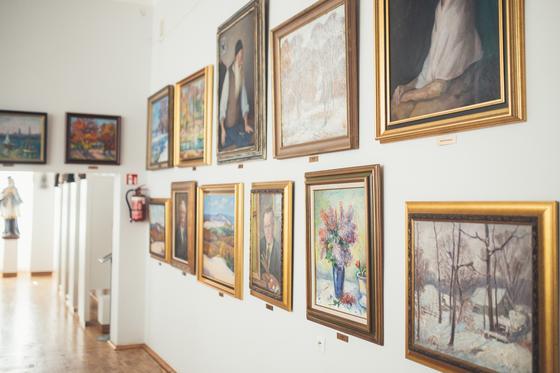