There is probably only a very small number of people who could realise what a great history Vyžuonos St. George Church, standing in Utena district, contains, when visiting it, as it has survived the times of Vytautas Magnus.

church was built in the middle of Vyžuonos town in 1406, following the model which was widely spread in GDL at the time, including a square plan three-nave hall with a five-wall apse. The one-tower church is with three naves, which are covered with the cross-vaults, while the cellar has cylindrical vaults and there are 3 altars.

Attention should be drawn to the head of the serpent Vyža, which is mounted to the church from outside, while on the left, there is a stone cannon projectile from the Swedish, which fell in Vyžuona a long time ago.

This gothic St. George Church, standing between the century-old linden and maple trees could tell a lot about the things that it had to experience. During the times of Dukes Radvilos, at the beginning of the 17th century, it was taken over by Reformists Evangelists, but already at the end of this century, it was regained by the Catholics. Some of the descendants of Radvilos family were buried here: in 1611 – the first born of Kristupas II Radvila, called Mikalojus Radvila, while in 1641 – Duke Kristupas Radvila Junior.

In 1796, the church had burned down during the town fire and was restored only in 1811. In 1891–1892, at the initiative of parson Antanas Drukteinis, the church was rebuilt and expanded, by adding a tower and inserting organs with 9 registers. They are exceptional in a sense that the organist sits in the centre of the organs, turning his back at the organs. Their fracture is mechanic and air distribution boxes are of valves. The facade of the organs is eclectic with neo-gothic elements, divided into 5 parts, where decorative pipes are located.

The church is considered to be an object of architectural heritage, therefore it contains a lot of folk-art from the 19th century: ciborium monstrance (1842), glasses-kelchs (1842, 1765), chasubles and wooden sculptures of St. Florian (19th c.) and St. Veronica (19th c.).

In 2016, Vyžuonos had commemorated the 610th anniversary of the church. Every year in July, the church celebrates St. Mary Magdalene’s feast, which is very rare in Lithuania.

If you want to find this architectural monument, drive the road Utena-Kupiškis and turn to Vyžuonos on the eleventh kilometre, when after passing the welcoming sculpture of a serpent, you will see a church on the hill in the centre of the town. 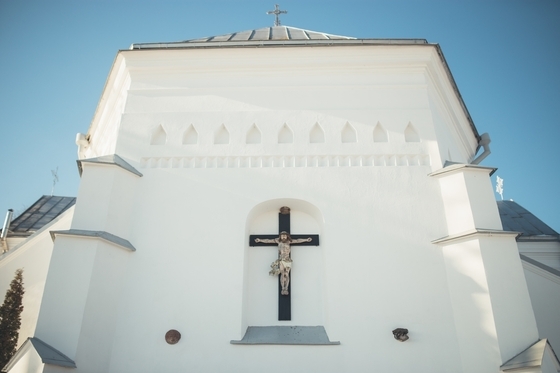 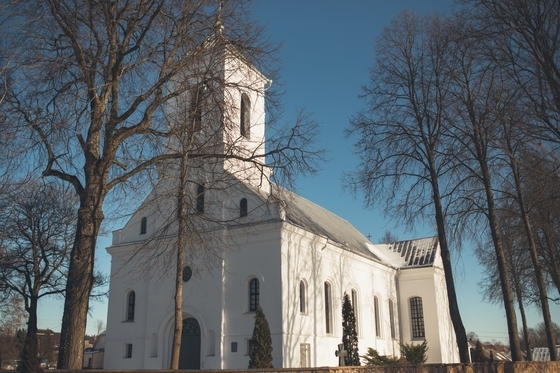 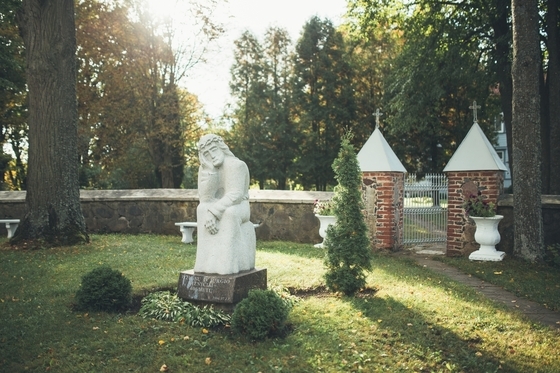 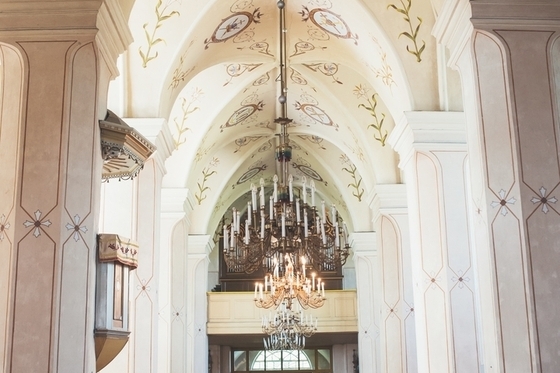 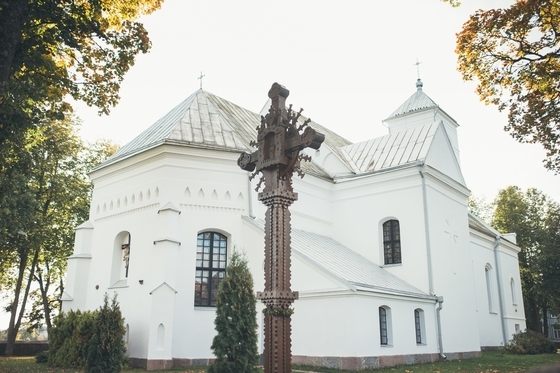 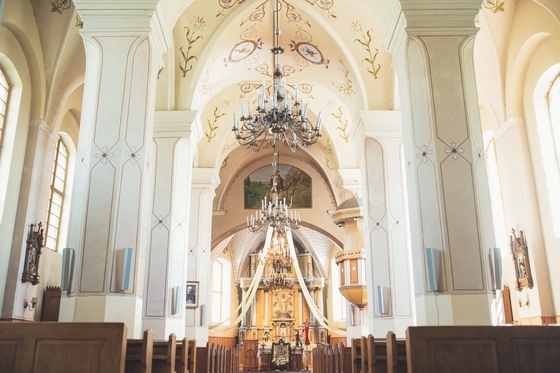 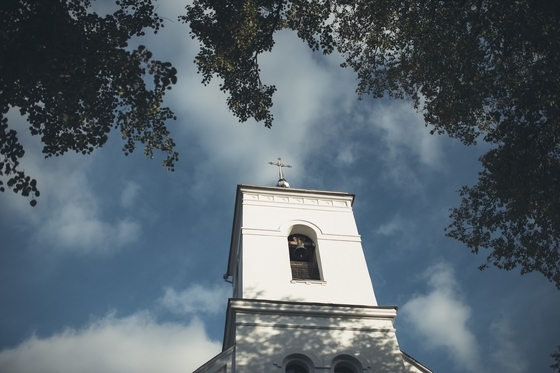 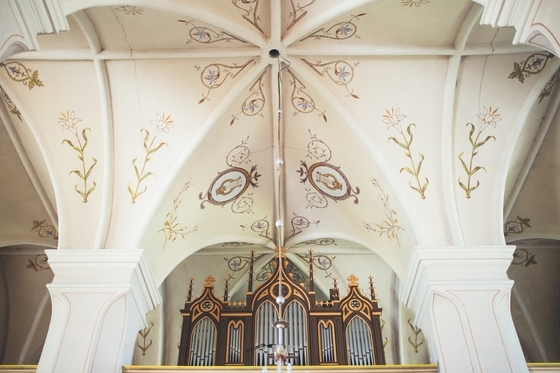