The Light of Happiness

Probably not many people know where Liudiškiai Hill is situated, but it is enough to visit it once and you will remember why this place is so special for the rest of your life. The Light of Happiness standing on Liudiškiai Hill is a tombstone monument for the writer Jonas Biliūnas and was named like this for a reason.

The Lithuanian literary classic died in 1907 in Zakopanė, at the foothill of Tatra Mountains when he was only 28 years old. However, the will of J. Biliūnas to be buried in his homeland was fulfilled in 1953, when the writer’s remains were brought back to Lithuania and put here for an eternal rest.

In order to commemorate the writer, a monument with a symbolic name the Light of Happiness was built on the Liudiškiai Hill in 1958. It is 14 meters high and was given the same name as a magical fairy tale written by J. Biliūnas. It tells a story about a mysterious light shining at the top of the mount and a person who will climb up that mount and reach the light, will make all of the people happy, but he himself will turn into stone.

Not only local people from Anykščiai but also guests coming from all over Lithuania believe that this hill is magical and you can gain happiness here. It is true that if you want for your wish to come true, you should make it when climbing up the steep 86-step stairs towards the Light of Happiness and to not speak with anyone. You can also make a wish after climbing up there and to walk on an oval ledge around the monument in silence. However, the most important thing is to not reveal your wishes to anyone.

The top of the hill is special not only because the author of the famous works such as “Kliudžiau” and “Brisiaus galas” is resting there but also because of the fact that long time ago Antanas Baranauskas himself was also creating his works on this hill. Antanas Žukauskas – Vienuolis was also admiring the widely stretching surroundings of Anykščiai. He was actually the one who chose a place for the grave of J. Biliūnas. 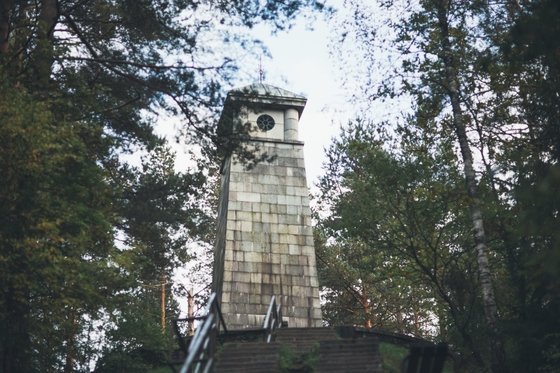 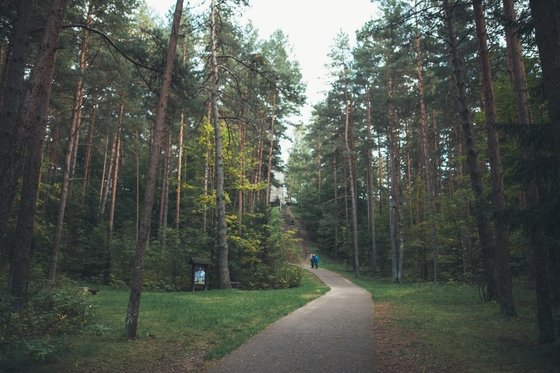 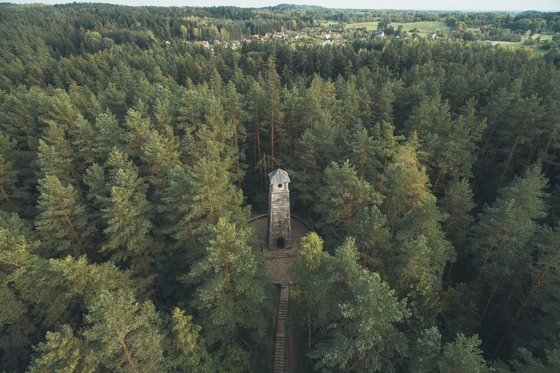 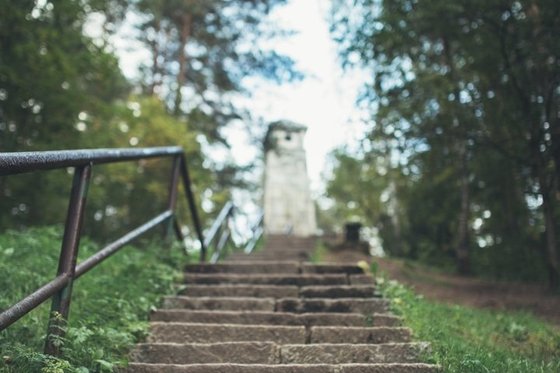 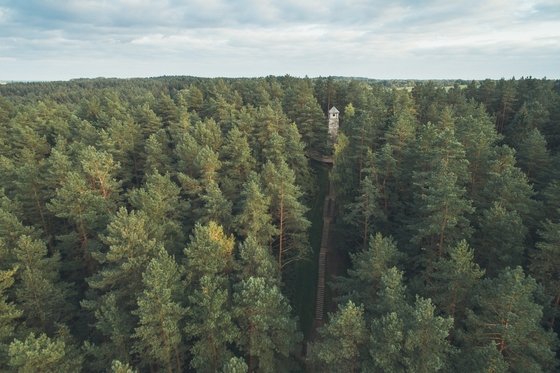 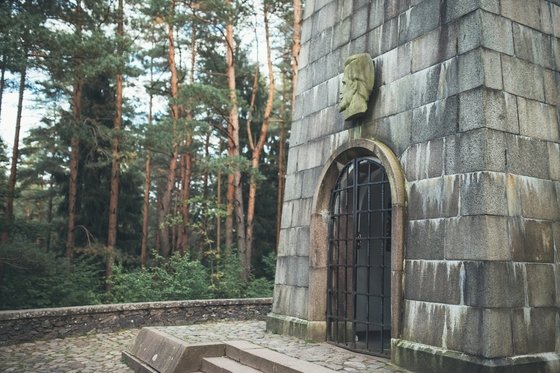 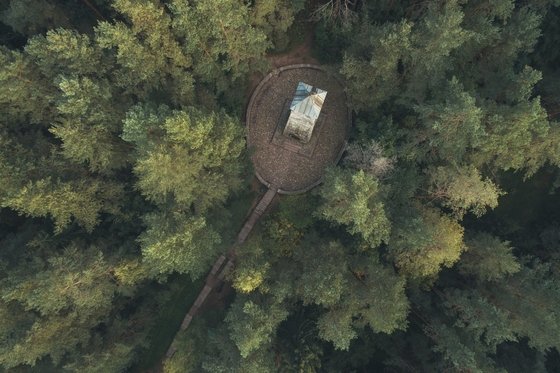 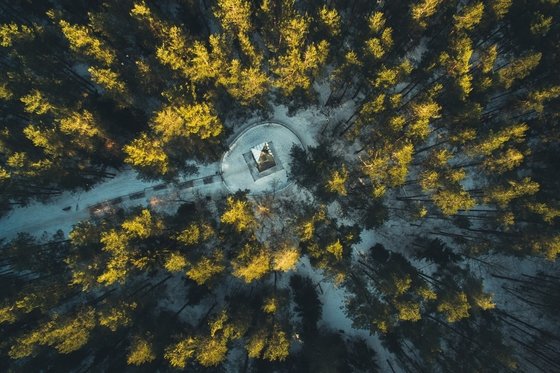 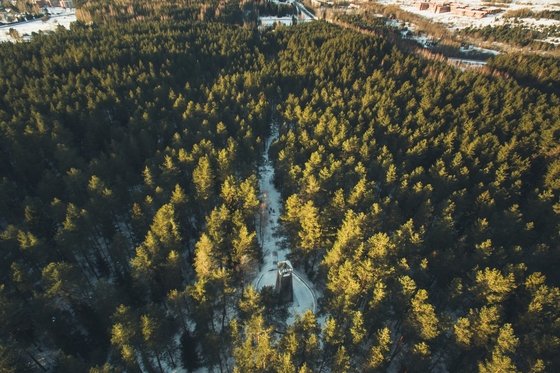 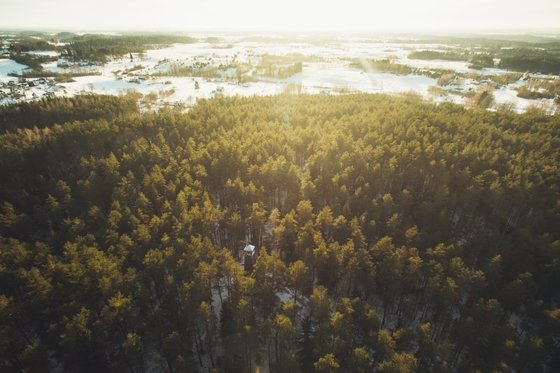 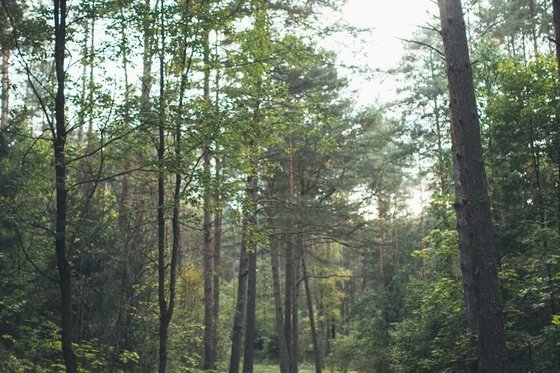