Just as you arrive to Narkūnai Mound, you will be able to feel the special spirit of this place. The hill which has decorated its steep hillsides with tall and strong trees, preserves history covering many centuries. People have been living here from the very old days – this mound, situated on the shore of Utenėlė River is dated even one thousand years B.C. – 2nd c. A.D. and 14–15th c.

The mound was examined more than once. In 1835, Pranciškus Vilčinskis, who was excavating the court, has discovered a thick cultural layer with pieces of burnt clay, shards of pottery, animal bones and other findings. Later, in 1959, the settlement in the hillside of the mound was examined by Utena Local Lore Museum and a cultural layer which was 25 cm thick was discovered with moulded, brushed and thrown pottery.

In 1976–1978, the archaeologists Regina and Pranas Kulikauskai have examined the western part of the court, where they have found a cultural layer, which was 3.3 m thick. Moreover, 3 stages of accommodation in the mound could be distinguished there. The oldest fortification of the mound was two rounds of wooden poles, which were 8-18 cm thick. The fence was woven out of the branches and has suffered from fire more than once, but was fixed later. This layer is dated 1st c. B.C. At the beginning of 1st c. A.D, fortifications of wooden fences were replaced by an embankment made of clay, built at the edges of the court, which was 1 m high.

During all of these examinations, more than 800 findings were collected: iron crossbow and arrows for the bow, wide-blade axe, pins, awls, knives-sickles, knives, bracelets, copper 2nd c. ancient Rome and silver Jogaila coins from the end of the 14th c., round brooch, bone spearheads, around 10 thousand fragments of the brushed, smooth, polished and thrown pottery.

It is speculated that in the 13th c., the castle of Daumantas, Duke of Nalšia, was standing here and as a result, the settlement was founded nearby. This was the basis for the creation of Utena city. However, when the Livonian Order started destroying the surroundings, in 1433, the castle was burnt down. After getting acquainted with the history of this mound, you can start climbing the charming steps up to the mound, where you will see amazing scenery of Narkūnai surroundings. On the mound, you will feel the ancient spirt and will be able to forget your troubles and think of some bright thoughts, while swinging on the swings. After getting full of excitement, stop at the hillside of the mound, where you will find some benches to sit on. Narkūnai Mound is an object of cultural heritage, protected by the state. 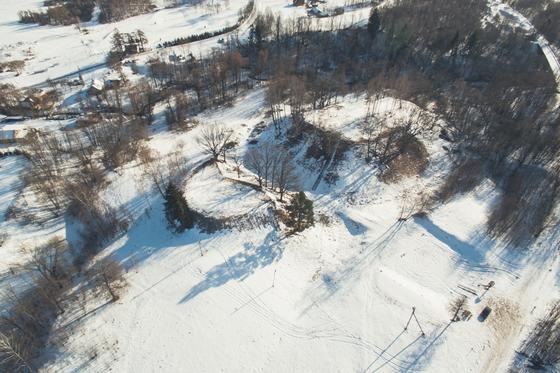 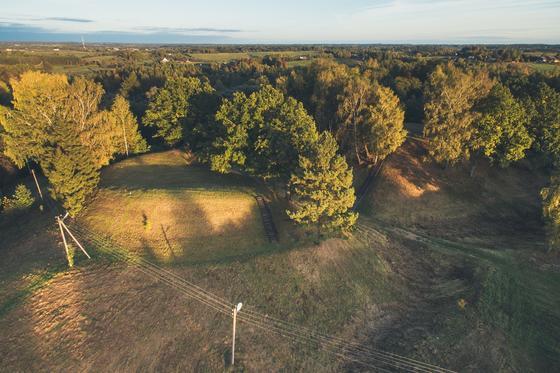 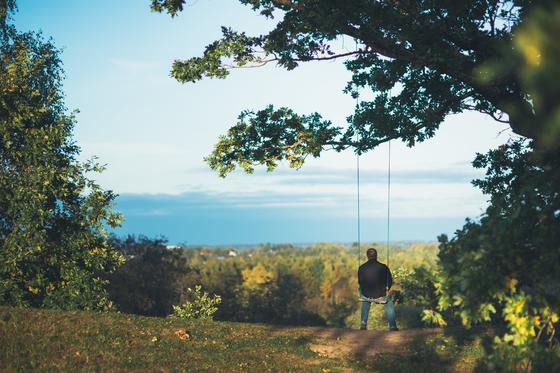 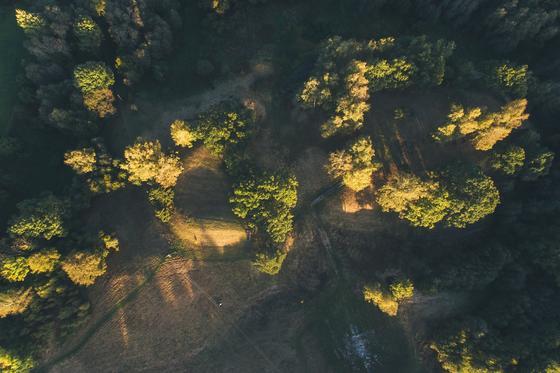 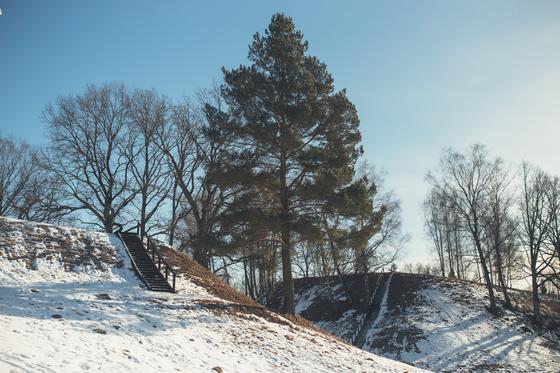