The Centre of Sacred Art which contains a famous Museum of Angels is established in the very centre of Anykščiai. The first museum in Lithuania of such kind has a very interesting history, since its initiator and founder is a Lithuanian living abroad Beatričė Kleizaitė–Vasaris who came back to her homeland after the winds of freedom started blowing. The beginning of this museum was a painting which was gifted to her by the painter Jonas Daniliauskas, called “An angel kneeling down before a woman”. When B. Kleizaitė-Vasaris mentioned an idea of opening a Museum of Angels in one of her interviews, the exhibits began coming from all of Lithuania.

Friends, acquaintances and later even painters and folk artists started gifting statues, sculptures and paintings. The architect hab. Dr. Algimantas Miškinis from Kaunas made a huge contribution to the museum. He was searching for the old folk sculptures in the antique shops and was giving them away to the collector.

Nowadays, the artists, individuals, organizations and even foreign embassies donate the angels to the museum. From 2017, you can take a tour “Road of Angels” through Anykščiai which at the end if you pass it you will receive an exclusive gift in the Angel's Museum!

After visiting the museum now, you will see both the old folk art and the contemporary works of art.

The collection of the art works left by the Monsignor contains over 50 exhibits among which you can find works of Carlo Maratti, Johann Baptist Lampi, Simonas Čechavičiaus, Jonas Rustemas, Antanas Žmuidzinavičius, Kazys Šimonis, Česlovas Kontrimas and other. It also contains seven works of art by 18th – 19th century unknown western, Lithuanian and Polish painters.

More can be said about an exceptional masterpiece of the collection – a composition by one of the most famous Roman painters of the 17th century Carlo Maratti (1625–1713), “Taking Mary into the Temple”. This work of art deserves to be hanging not only in any of the permanent exhibitions of the museum in Lithuania, but also in the foreign museums.

The library contains more than 4 thousand books and around 400 manuscripts. Those are publications of the 19th century, valuable albums, as well as books in German, English, Russian and other languages.

Here you can also attend educational lessons called “Angel spells” as well as to find a mysterious mailbox of the angels where you will be able to leave a letter for your guardian angel. After all, they say angels can fulfil all of your desires, but you have to sincerely ask them.

Therefore, if you want to not only get acquainted with the old and contemporary works of the artists, but also to get inspired by the bright and positive mood, you should definitely visit the Centre of Sacred Art in Anykščiai as well as the Museum of Angels which is established there. 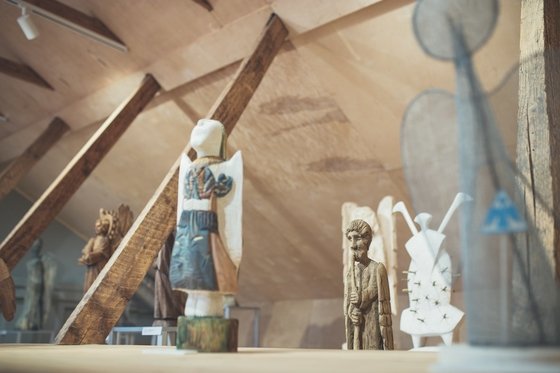 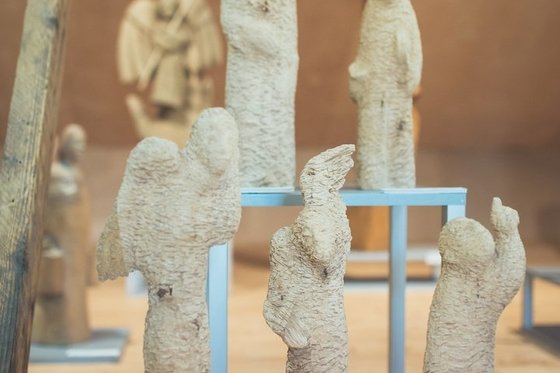 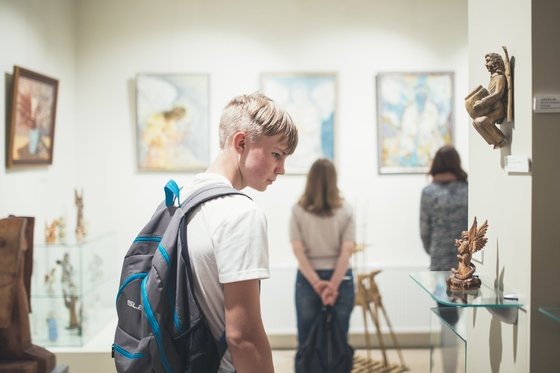 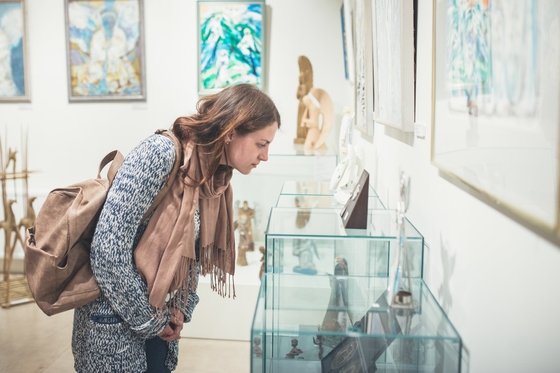 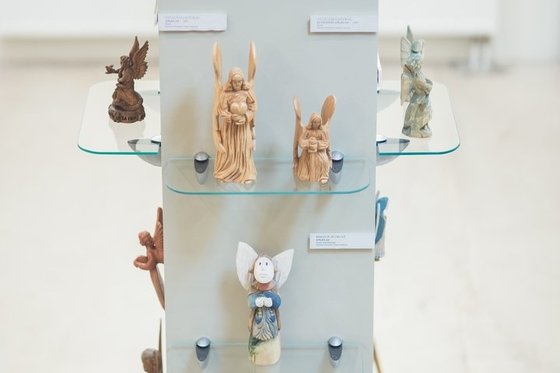 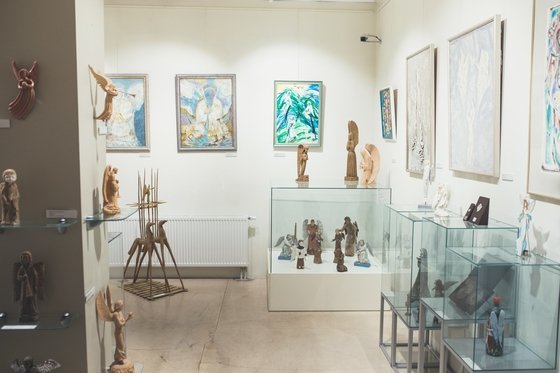 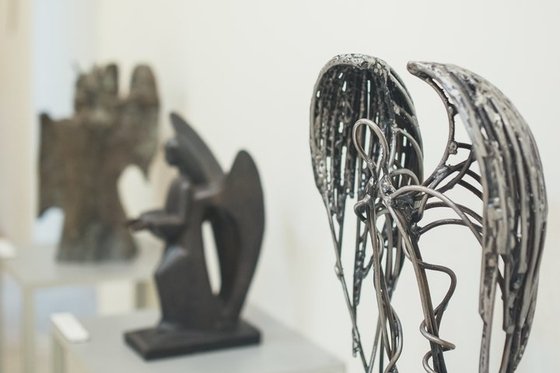 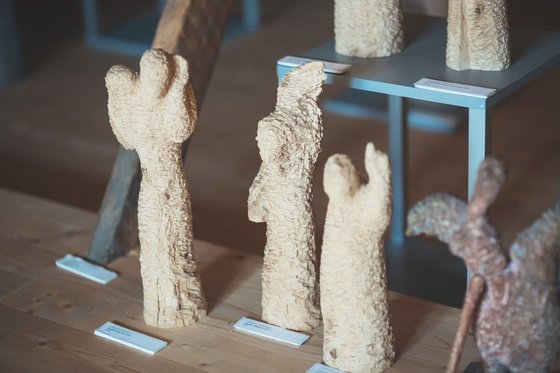 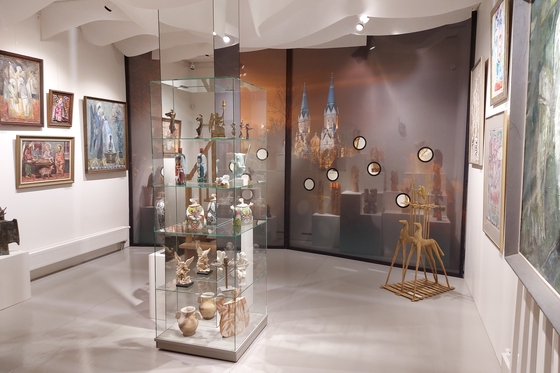 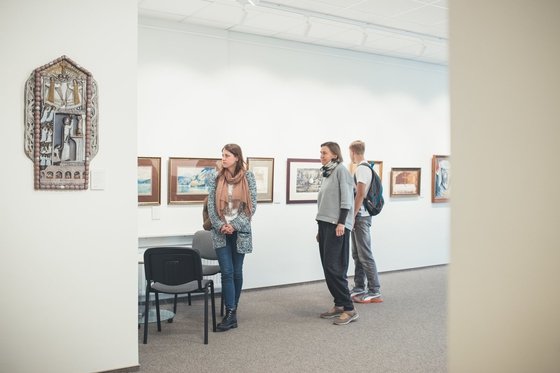 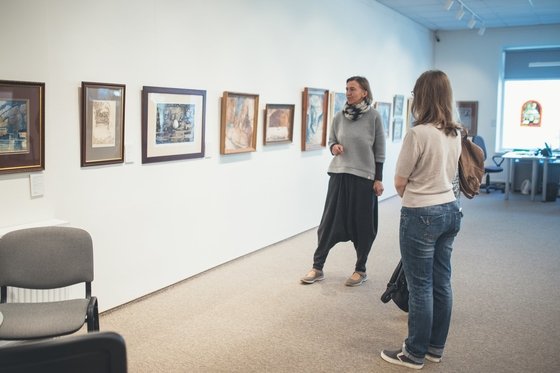 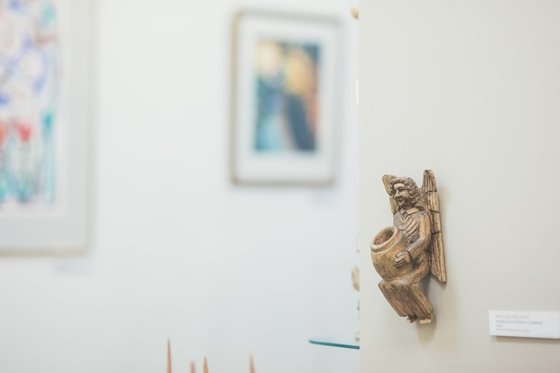 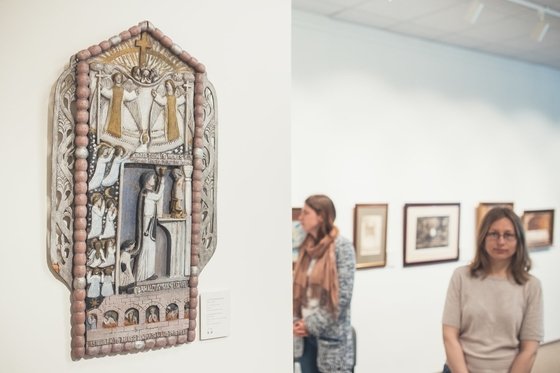 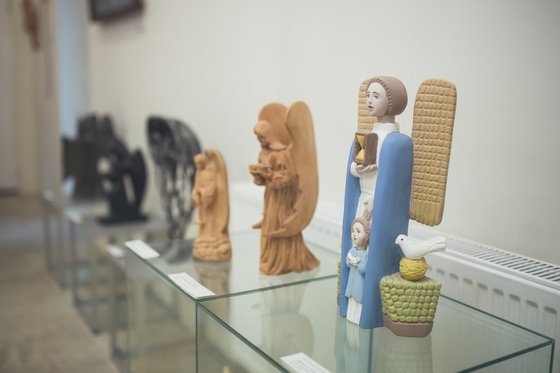 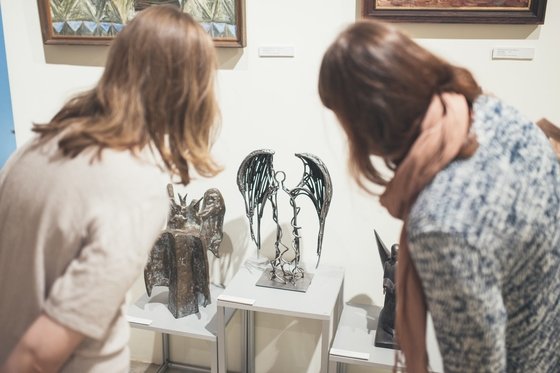 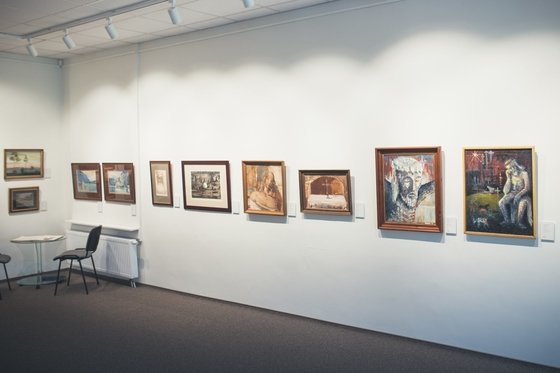 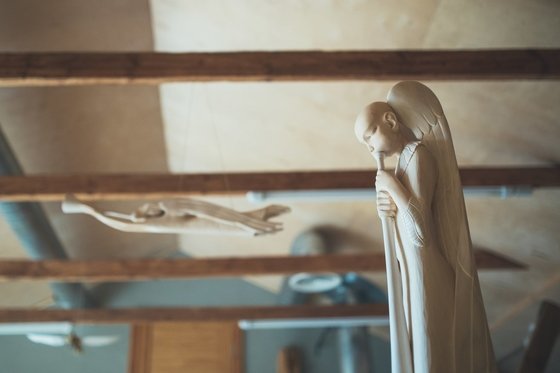 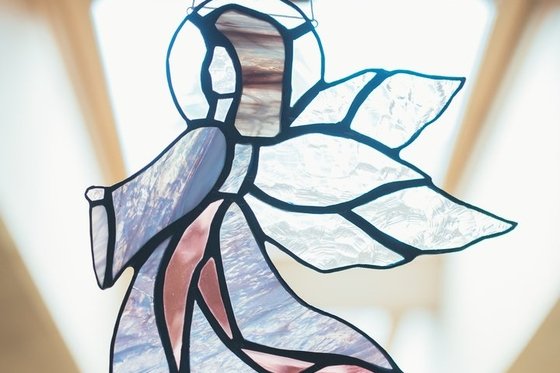 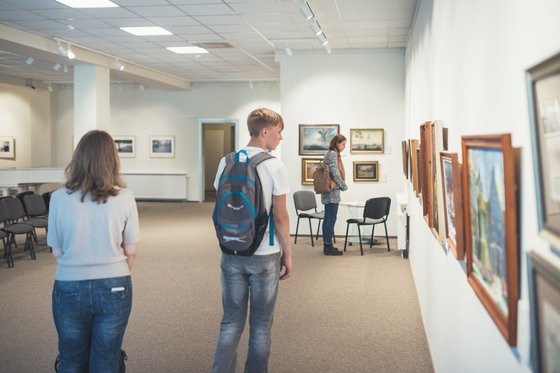 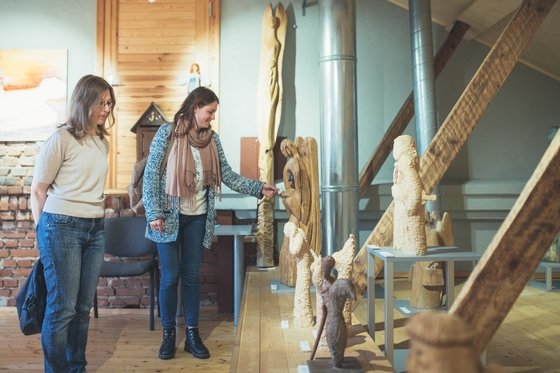 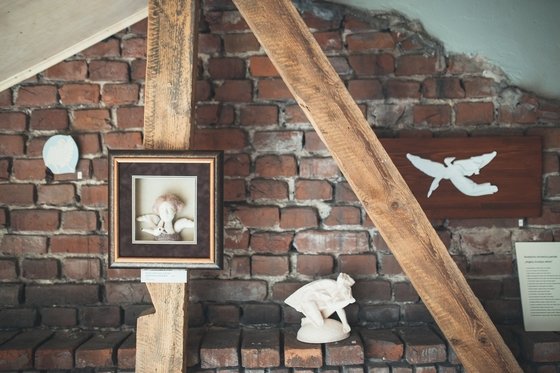 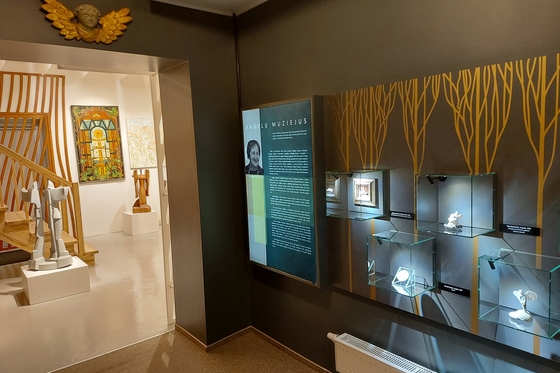 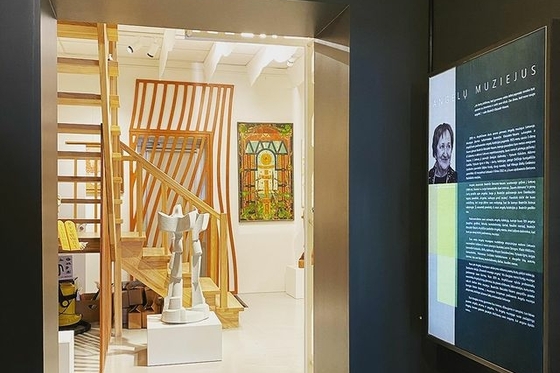 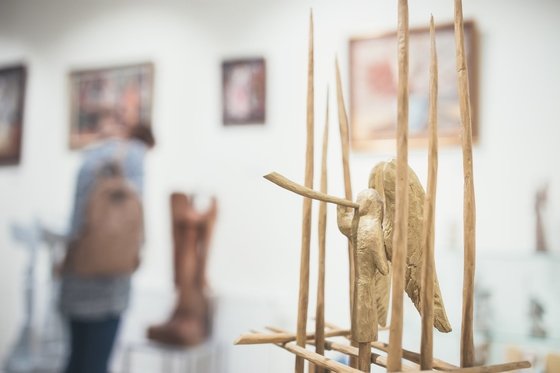 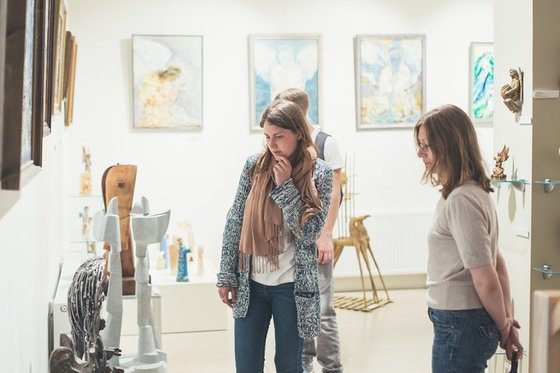 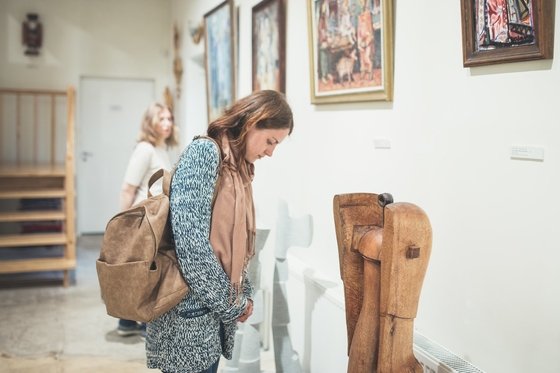