Molėtai Sculpture Park is situated at the outskirts of the town by the Pastovis Lake, therefore it is a perfect place not only to take a walk and to enjoy the peacefulness in the shelter of nature but also to admire the works created by the artists.

Two young artists Dalia Cibauskaitė and Vygintas Čeikauskas who came to live in Molėtai had an idea to create this park. They wanted to spread the art and had seen that Molėtai is a perfect place for this task. In 1997, D. Cibauskaitė had founded an art gallery called “Akcija M”, organised international painting plenaries, other art events and has suggested to establish a sculpture park near Pastovis Lake. This idea received a lot of support and on 22 April 1998, an official opening of the park took place. This was the day when the story of the Molėtai Sculpture Park had begun.

The first sculpture that appeared in the park was a tall sculpture carved from wood by Arvydas Ališanka, called “Braided man” as well as a massive sculpture called “Boat” which you will be able to see from far away when visiting the park. According to the author, it denies the idea of swimming itself. The park also contains a brownish granite feminine figure with generalized forms by Z. R. Macijevskis and “Bridge to Molėtai” by T. Gilespis, symbolising two connected shores. Aloyzas Smilingis, who is called the first sculptor of Molėtai, had gifted the park a granite sculpture called “Blooming”. At this period, a total of 9 sculptures were built in the park.

Shortly after, the sculpture park was renewed. In 2001, the park held a second camp under the open sky for sculptors. Within a month, sculptors Mindaugas Navakas as well as painters Svajonė and Paulius Stanikai had created and supplemented the park with new sculptures: “Pavement” (author M. Navakas) and “Observatory” (S. and P. Stanikai).

The park which is admired by the residents of Molėtai and the town guests was once again renewed in 2014. When walking the beautiful paths of the park, now, among other artworks, you will also be able to see a sculpture carved from stone by a sculptor from Molėtai Vidas Stepanavičius, called “A Drop” and a sculptural stone composition created by Donatas Dovidavičius with bigger and smaller stones which seem to be hanging in the air, called “Spatter”. The sculptor had connected the stones chosen for the sculpture with stainless steel rods in such a way creating the impression of infinity, while the tops of the smallest stones gained a polished shine, as if finishing the composition and creating an aura of a powerful and open volume. Therefore, prepare your cameras and phones, since all of the sculptures in this park are worth capturing.

The sculpture park receives visitors all year long but the biggest groups are gathered during cultural events which are organised here. 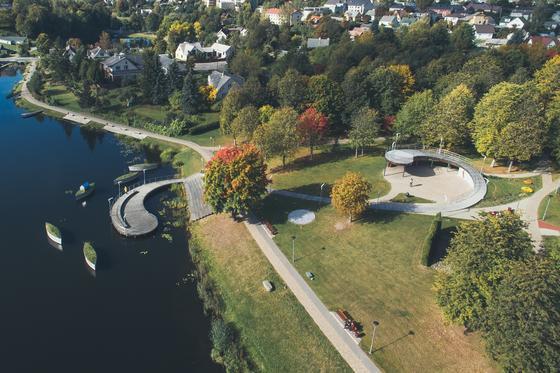 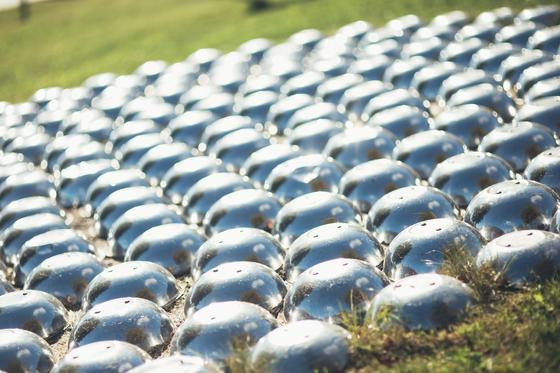 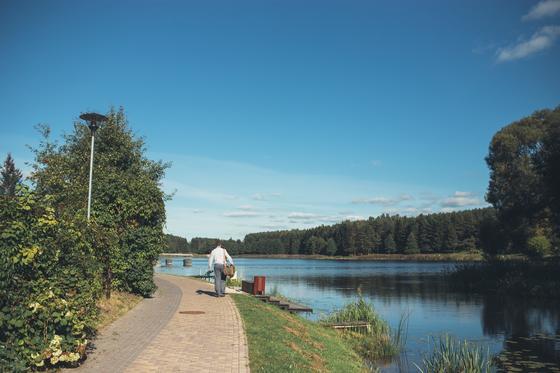 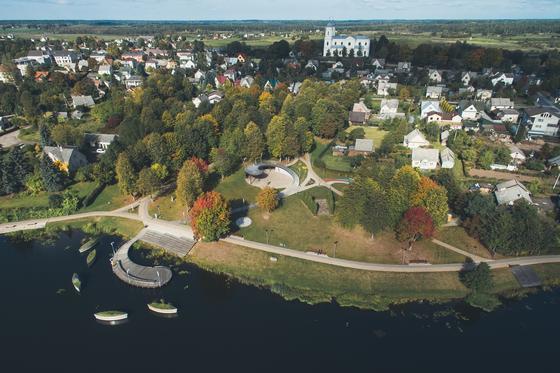 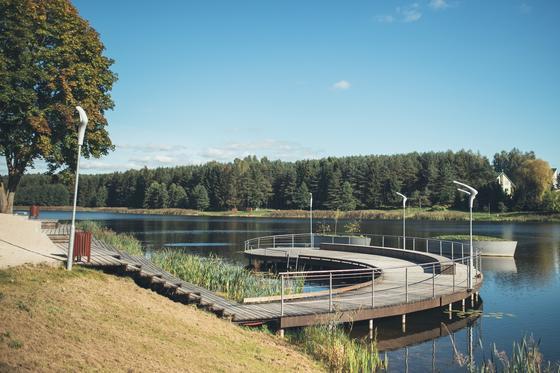 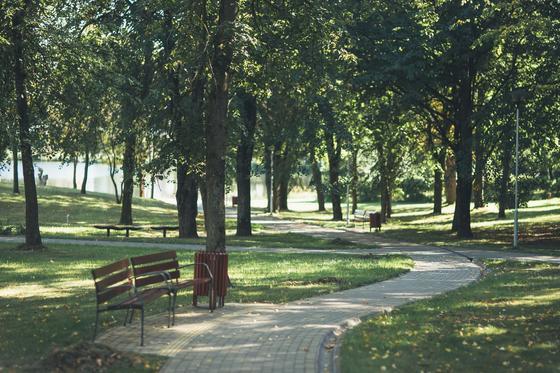 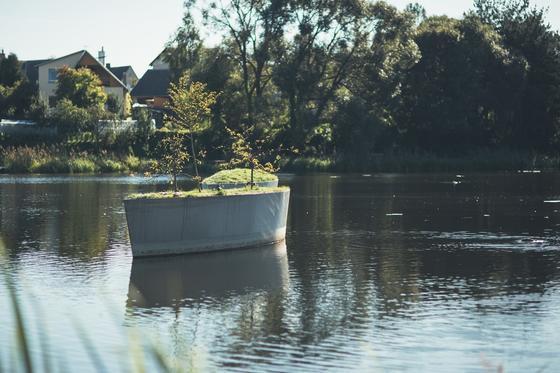 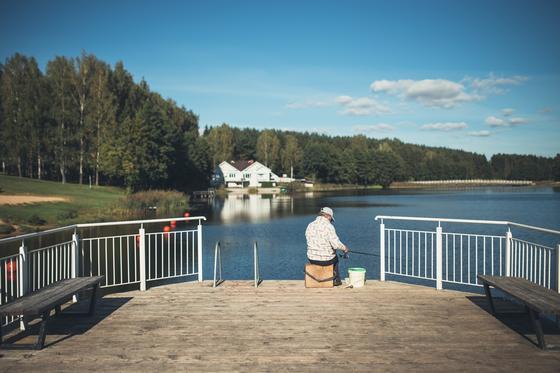 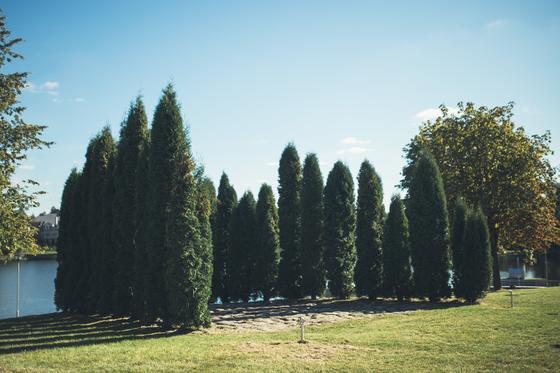 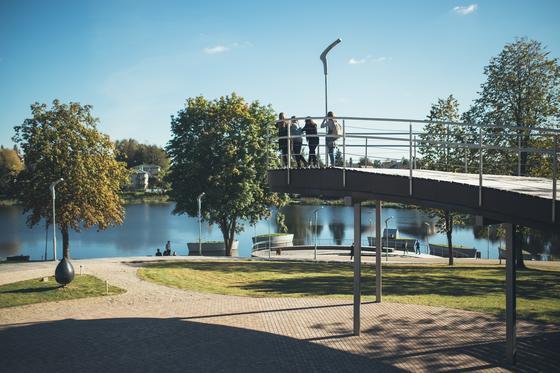 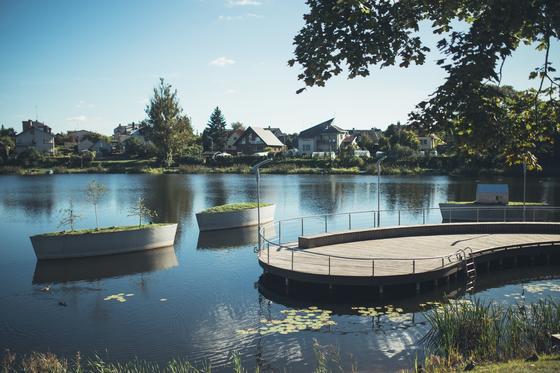 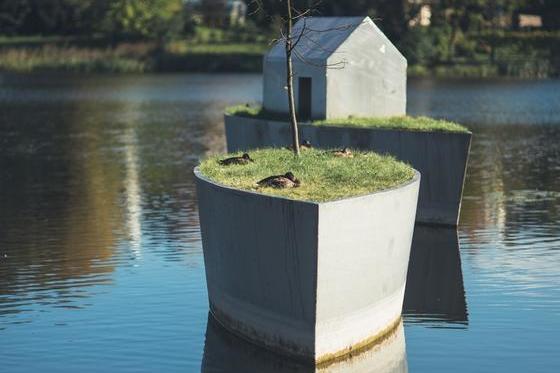 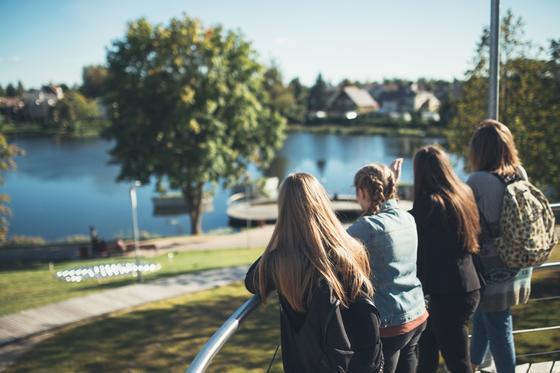 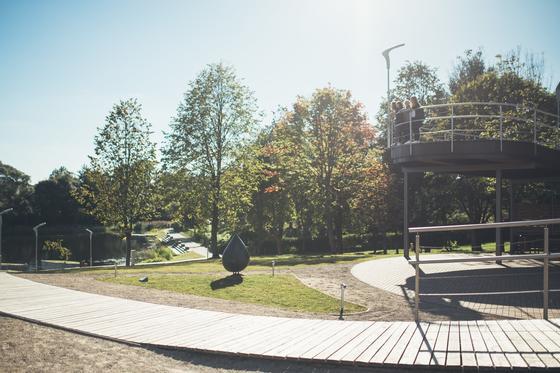 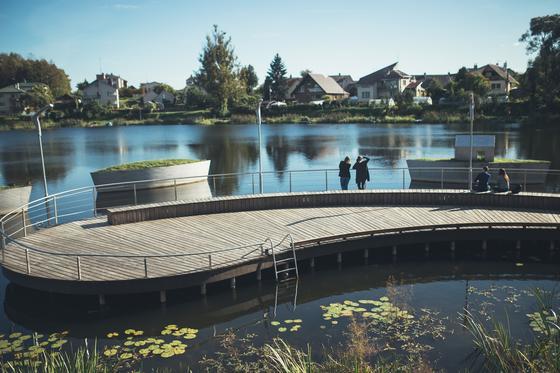